18 OCTOBER 2016 - BANGKOK, THAILAND: A woman wearing black mourning clothes walks past portraits of the late Bhumibol Adulyadej, the King of Thailand, and his son HRH Crown Prince Maha Vajiralongkorn. Crown Prince Vajiralongkorn is the heir apparent and will be coronated following his father's cremation. King Bhumibol Adulyadej died Oct. 13, 2016. He was 88. His death came after a period of failing health. Bhumibol Adulyadej was born in Cambridge, MA, on 5 December 1927. He was the ninth monarch of Thailand from the Chakri Dynasty and is also known as Rama IX. He became King on June 9, 1946 and served as King of Thailand for 70 years, 126 days. He was, at the time of his death, the world's longest-serving head of state and the longest-reigning monarch in Thai history. PHOTO BY JACK KURTZ 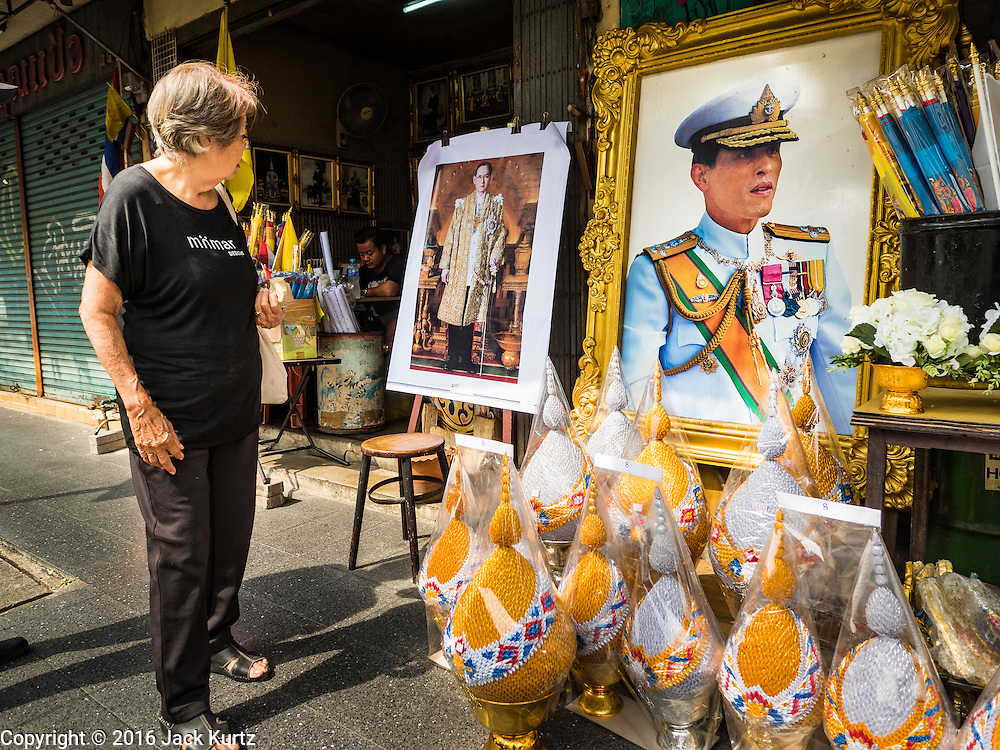