17 JANUARY 2020 - DES MOINES, IOWA: A worker uses a snowblower to clear a path on a snow packed sidewalk in the Court District of Des Moines. The second significant snow fall in a week hit central Iowa Friday. The snow started falling during the morning rush hour and by early afternoon about five inches had fallen in Des Moines. Meteorologists said up to 1/10 of an inch of ice could cover the snow by the end of the day. The snowstorm was expected to turn into a blizzard in northern Iowa on Saturday with wind speeds above 30MPH. Many businesses in the Des Moines area closed early Friday and several of the Democratic presidential candidates cancelled their campaign events because of the snow. PHOTO BY JACK KURTZ 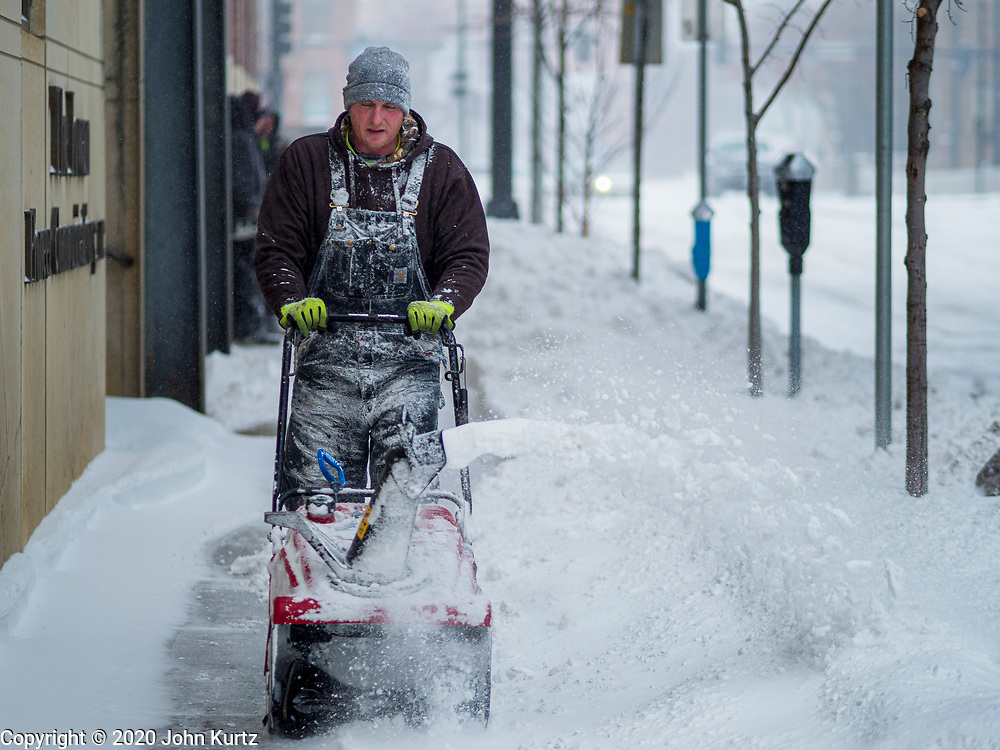