07 JUNE 2021 - DES MOINES, IOWA: Rev. ABRAHAM L. FUNCHESS, from Jubalee United Methodist Church in Waterloo, IA, talks to people at a Moral Monday demonstration in Des Moines. About 20 representatives from The Poor People's Campaign in Des Moines gathered near the State Capitol for a "National Call for Moral Revival." It was a part of a national effort to build a "Third National Reconstruction." They called for a living wage that reflects the cost of living in Iowa (working at the state minimum wage, it takes 80 hours of work per week to afford a two bedroom apartment) and end military support for Iowa police agencies (between 2008-2014, Iowa law enforcement agencies got $7.7 million in military grade equipment.) PHOTO BY JACK KURTZ 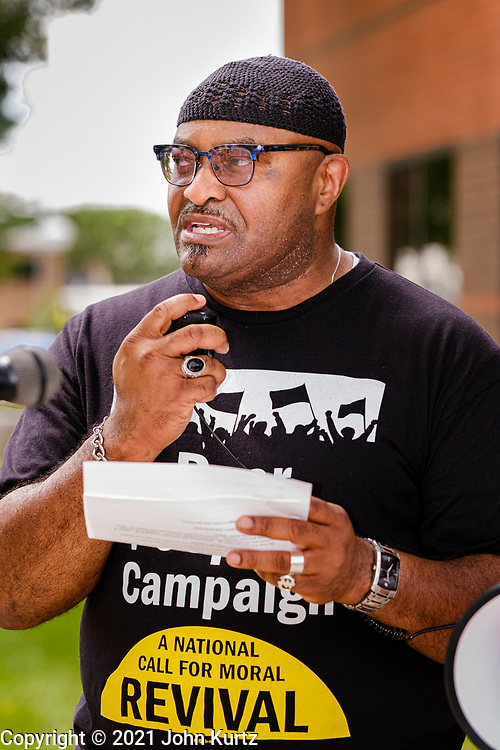