Feb. 20, 2010 -- PHOENIX, AZ: Members of the Arizona Rangers, a volunteer law enforcement agency in Arizona, guard one of the remaining original copies of the Declaration of Independence in the historic former Arizona State Capitol in Phoenix. Only 26 copies of the original Declaration of Independence are known to exist today after 200 were printed by John Dunlap, a colonial era printer, who was ordered to print the Declaration by the Continental Congress in 1776. Most of them are housed at universities, public libraries, city halls or other government institutions. The copy brought to Phoenix, the 25th of the 200, was found in 1989, tucked behind a painting bought at a flea market for $4, according to the Pearson Foundation, a non-profit organization that supports education efforts. It is owned by film and TV producer Norman Lear and a friend. They are making the declaration available for public viewing through the Declare Yourself Foundation, which focuses on registering people ages 18 to 29 to vote and getting them involved in local and national elections. Photo by Jack Kurtz 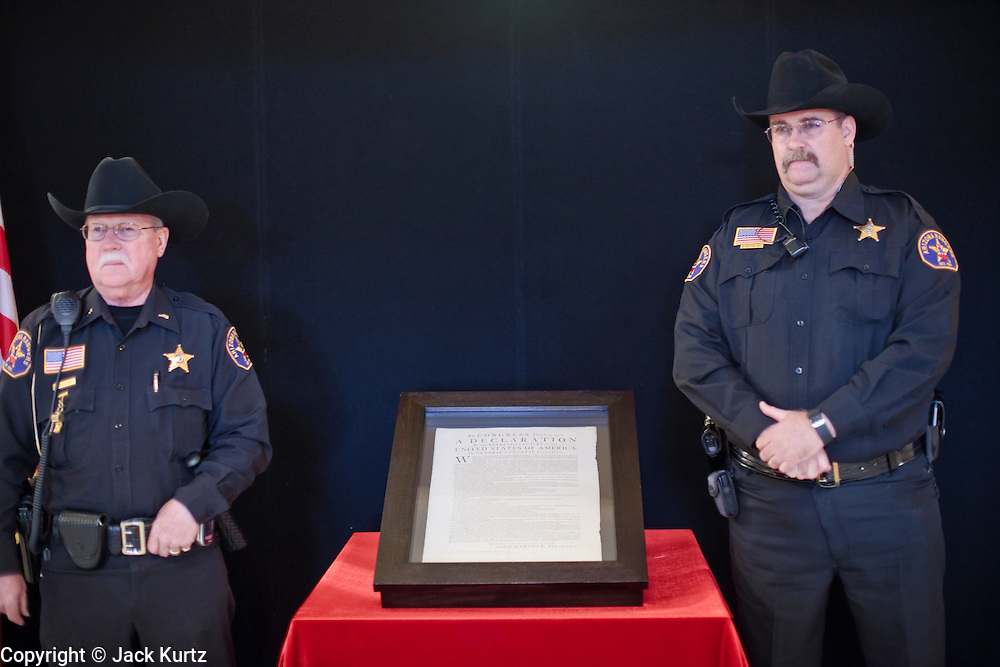