19 JUNE 2015 - PATTANI, PATTANI, THAILAND: A man and his son tend to the grave of the man's father in the Muslim cemetery in Pattani. He said his father died two years ago. The Perkuboran To'Ayah is the Muslim cemetery in Pattani. It is more than 150 years old. The last Sultan of Pattani, who ruled until Siam (Thailand) annexed Pattani is buried in the cemetery. Many victims of political and sectarian violence that has wracked Thailand's three Muslim majority provinces, Pattani, Narathiwat and Yala are also buried in the cemetery. On Fridays, after morning prayers, Muslim men come to the cemetery to tend to the graves of their family members. PHOTO BY JACK KURTZ 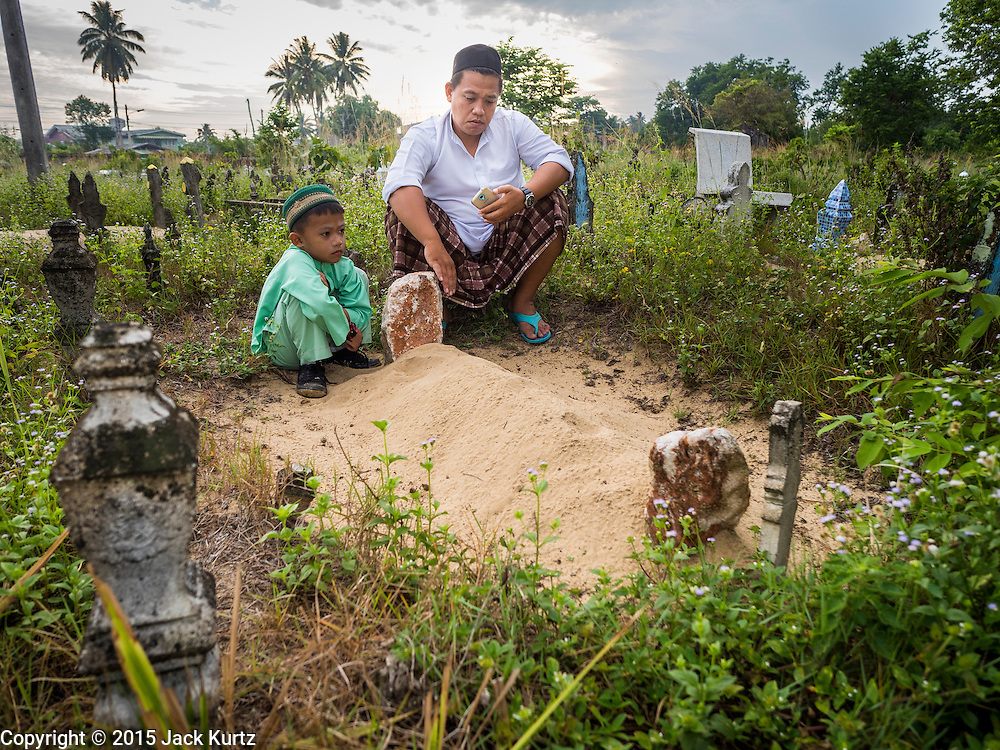