05 NOVEMBER 2016 - BANGKOK, THAILAND: A man takes a picture of the Grand Palace with his iPad. Crowd of mourners continue to go to the palace to honor the King, nearly three weeks after his death. Thais are honoring their late King, Bhumibol Adulyadej, also known as Rama IX, in various ways. Many barbers are offering mourners free haircuts on the streets near the Grand Palace, where the King is lying in state and communities around the palace are offering free meals to mourners walking to the palace. PHOTO BY JACK KURTZ 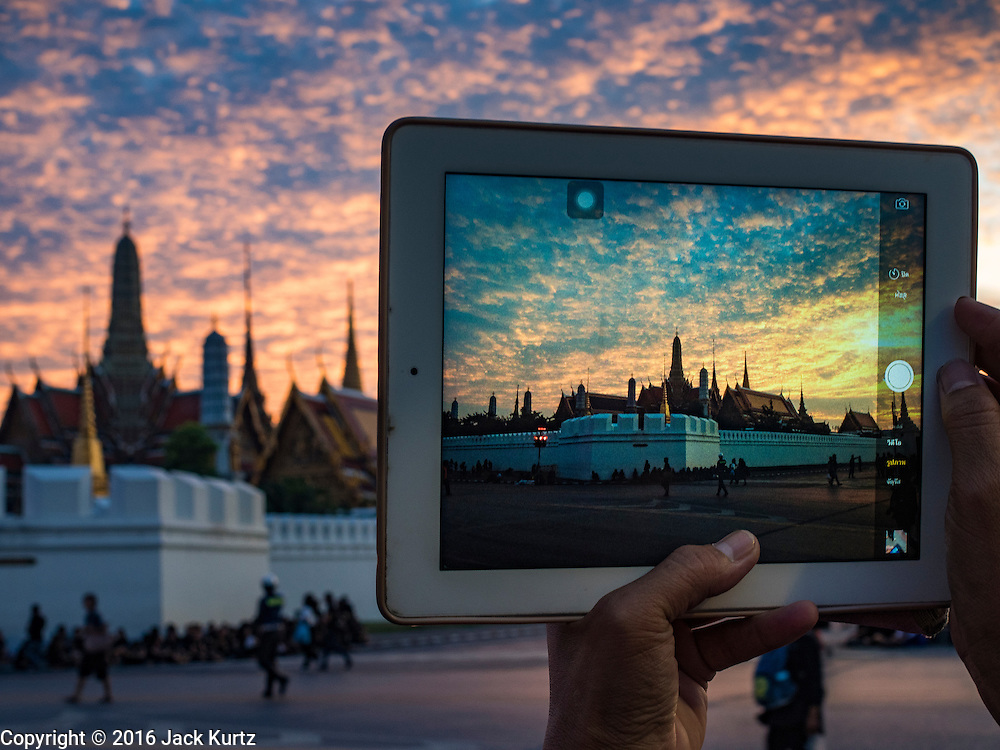