06 NOVEMBER 2015 - YANGON, MYANMAR: A knife grinder carries his pedal powered grinding stone down a Yangon street. He walks through the city announcing his services and sharpens people's knives for the equivalent of few cents each. Some economists think Myanmar’s informal economy is larger than the formal economy. Many people are self employed in cash only businesses like street food, occasional labor and day work, selling betel, or working out of portable street stalls, doing things like luggage repair. Despite reforms in Myanmar and the expansion of the economy, most people live on the informal economy. During a press conference this week, Burmese opposition leader Aung San Suu Kyi said, “a great majority of our people remain as poor as ever." PHOTO BY JACK KURTZ 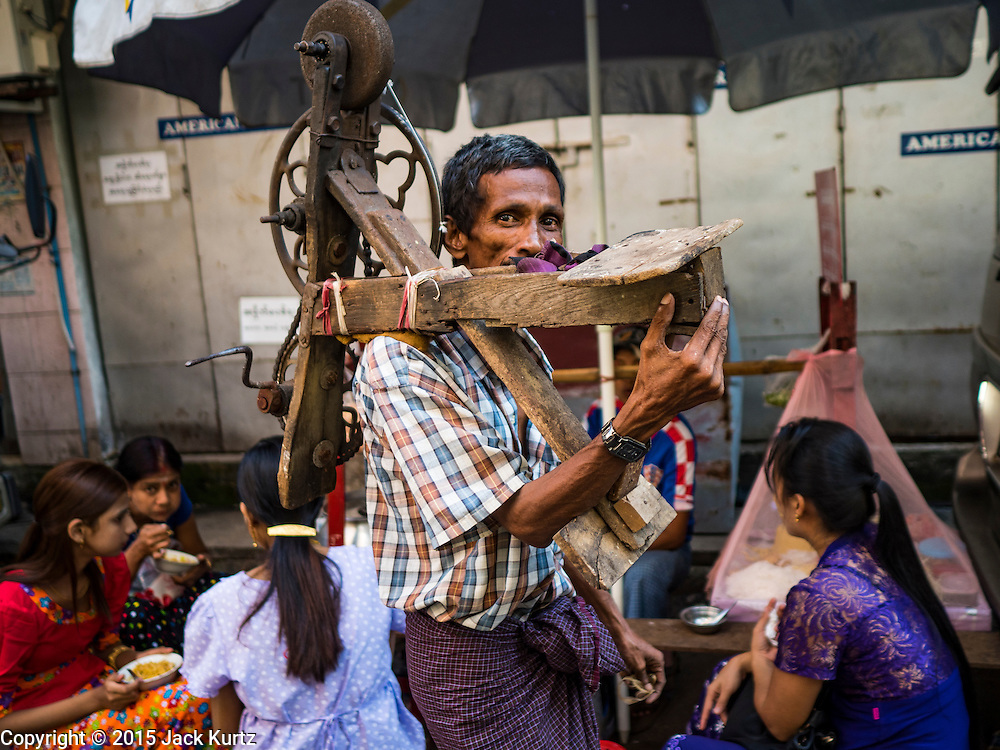