23 FEBRUARY 2016 - BANGKOK, THAILAND: An Air Asia Airbus in front of Nok Air aircraft on an apron at Don Mueang Airport. Nok Air, partly owned by Thai Airways International and one of the largest and most successful budget airlines in Thailand, cancelled 20 flights Tuesday because of a shortage of pilots and announced that other flights would be cancelled or suspended through the weekend. The cancellations came after a wildcat strike by several pilots Sunday night cancelled flights and stranded more than a thousand travelers. The pilot shortage at Nok comes at a time when the Thai aviation industry is facing more scrutiny for maintenance and training of air and ground crews, record keeping, and the condition of Suvarnabhumi Airport, which although less than 10 years old is already over capacity, and facing maintenance issues related to runways and taxiways, some of which have developed cracks. The United States' Federal Aviation Administration late last year downgraded Thailand to a "category 2" rating, which means its civil aviation authority is deficient in one or more critical areas or that the country lacks laws and regulations needed to oversee airlines in line with international standards. At the same time, the Thai government has expressed an interest in Thai Airways acquiring a stake in Air Asia (Thailand). Executives from the two companies are expected to meet this week to discuss the proposal. PHOTO BY JACK KURTZ 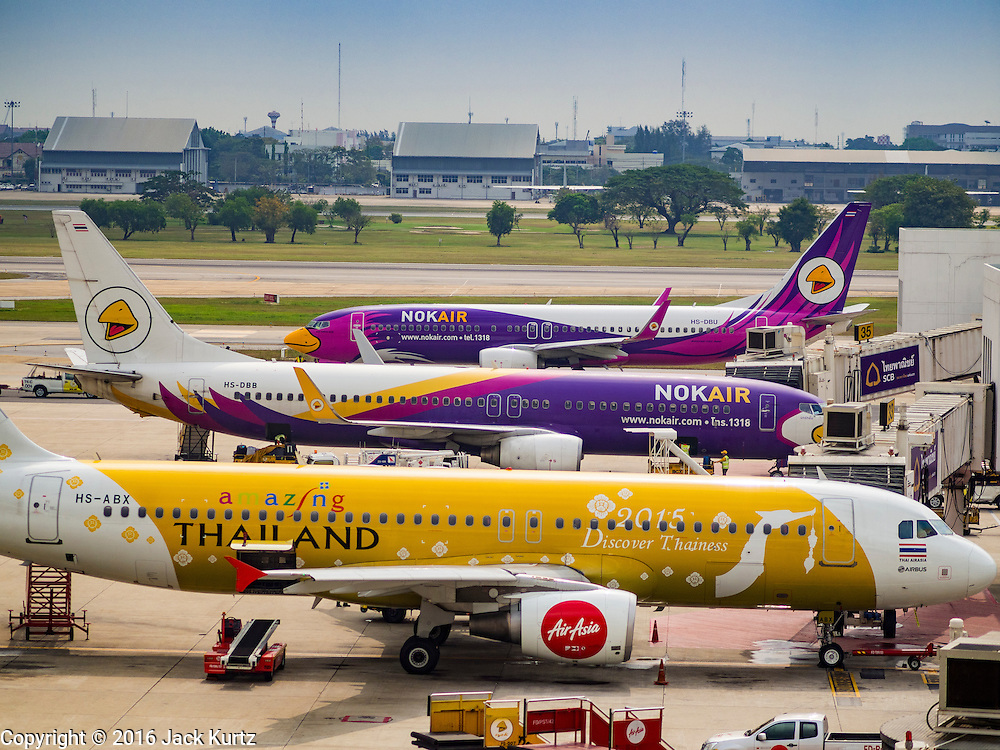