05 MAY 2104 - BANGKOK, THAILAND: Thai civil servants who support the anti-government movement march down Sanam Chai Road past the Grand Palace in Bangkok. Thousands of Thais packed the area around Sanam Luang and the Grand Palace Monday evening for a special ceremony to mark Coronation Day, which honored the 64th anniversary of the coronation of Bhumibol Adulyadej, the King of Thailand. Many of the people also support the anti-government movement led by Suthep Thaugsuban. Most of the anti-government protesters are conservative supporters of the monarchy. PHOTO BY JACK KURTZ 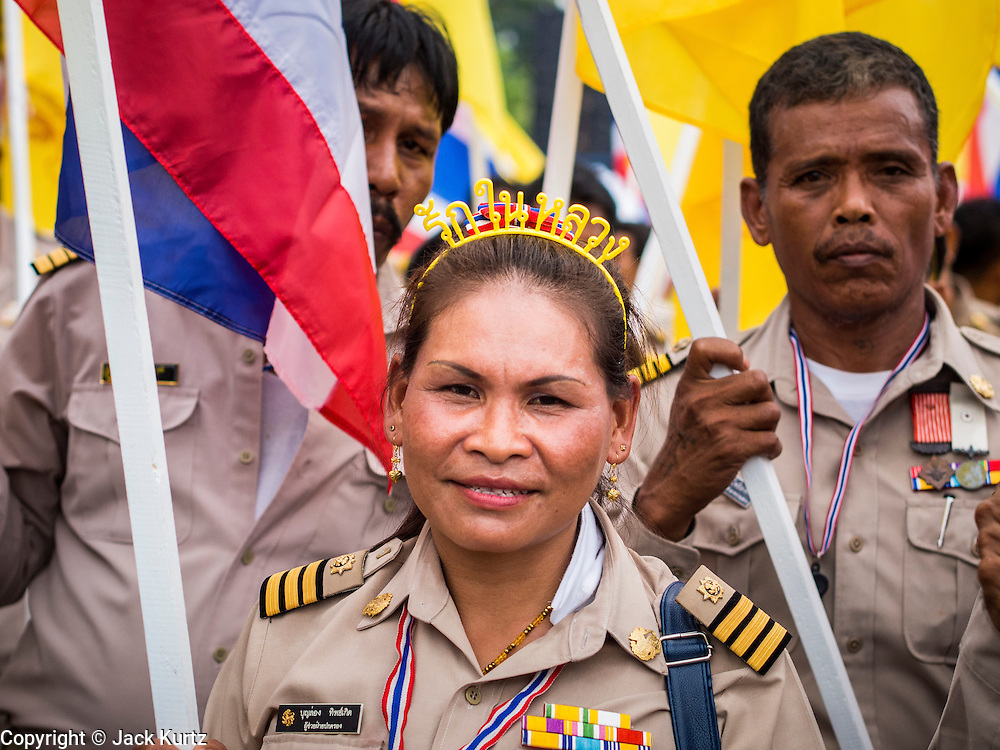