04 JULY 2017 - BANGKOK, THAILAND: A man who has lived in Pom Mahakan his entire life in front of his new home. His family was able to prove their familial roots in the community and the city allowed them to remain. The final evictions of the remaining families in Pom Mahakan, a slum community in a 19th century fort in Bangkok, have started. An ad hoc group of housing advocates, historic preservationists and academics have asked the city to allow the remaining residents to stay and city officials have said they might allow people who can prove that their families have lived in the fort since before the 1950s, when the city got title to the land from the Thai military, will be able to stay. PHOTO BY JACK KURTZ 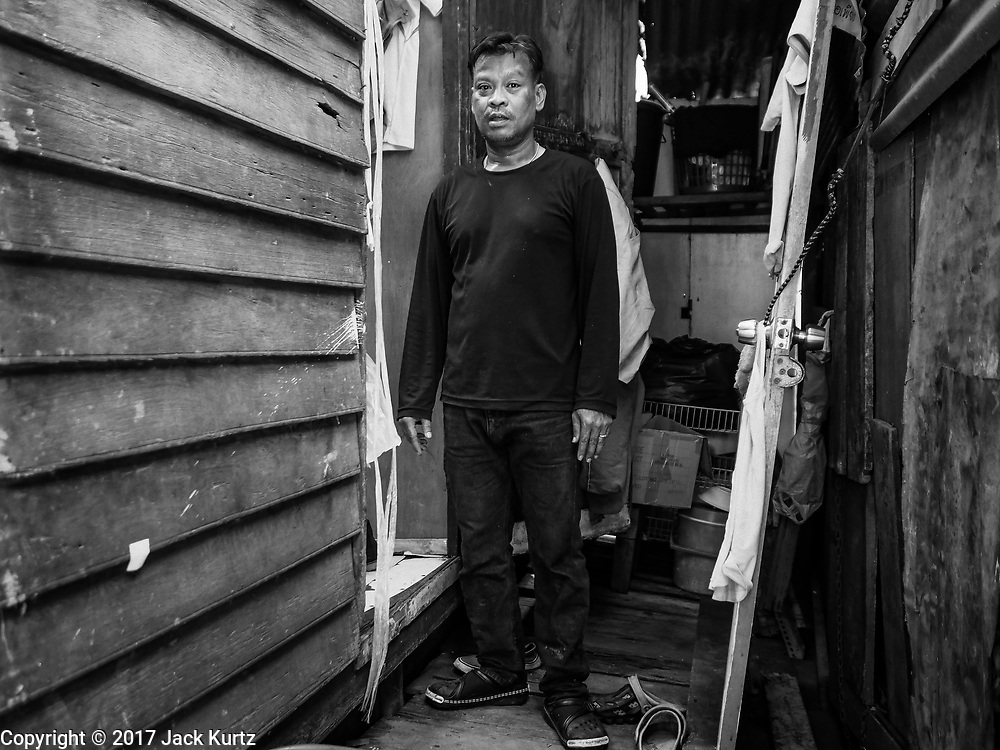