24 AUGUST 2015 - BANGKOK, THAILAND: Buddhist monks lead a candlelight procession to Erawan Shrine during a memorial for victims of the bombing at the Shrine. One week after the a bomb at the Erawan Shrine in the center of Bangkok killed dozens and hospitalized scores of people, police have not made any arrests. Police bomb sniffing dogs have been deployed to malls and markets around Bangkok. There was a large memorial service sponsored by businesses close the bomb site Monday evening. PHOTO BY JACK KURTZ 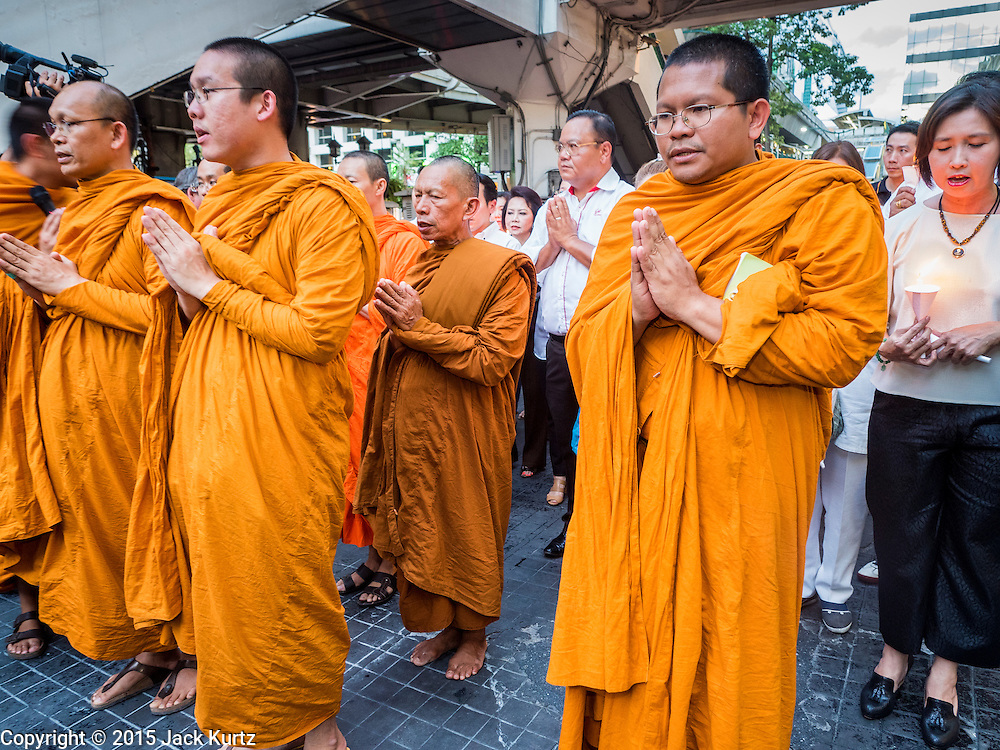