04 AUGUST 2015 - BUNGAMATI, NEPAL: Bricks stacked up around the site of the Hindu temple in Bungamati, a village about an hour from Kathmandu. The temple was destroyed in the earthquake and the plaza around the temple has been turned into an Internal Displaced Person (IDP) camp. Three months after the earthquake debris from the earthquake still clogs many of the streets in the community. The Nepal Earthquake on April 25, 2015, (also known as the Gorkha earthquake) killed more than 9,000 people and injured more than 23,000. It had a magnitude of 7.8. The epicenter was east of the district of Lamjung, and its hypocenter was at a depth of approximately 15 km (9.3 mi). It was the worst natural disaster to strike Nepal since the 1934 Nepal–Bihar earthquake. The earthquake triggered an avalanche on Mount Everest, killing at least 19. The earthquake also set off an avalanche in the Langtang valley, where 250 people were reported missing. Hundreds of thousands of people were made homeless with entire villages flattened across many districts of the country. Centuries-old buildings were destroyed at UNESCO World Heritage sites in the Kathmandu Valley, including some at the Kathmandu Durbar Square, the Patan Durbar Squar, the Bhaktapur Durbar Square, the Changu Narayan Temple and the Swayambhunath Stupa. Geophysicists and other experts had warned for decades that Nepal was vulnerable to a deadly earthquake, particularly because of its geology, urbanization, and architecture. PHOTO BY JACK KURTZ 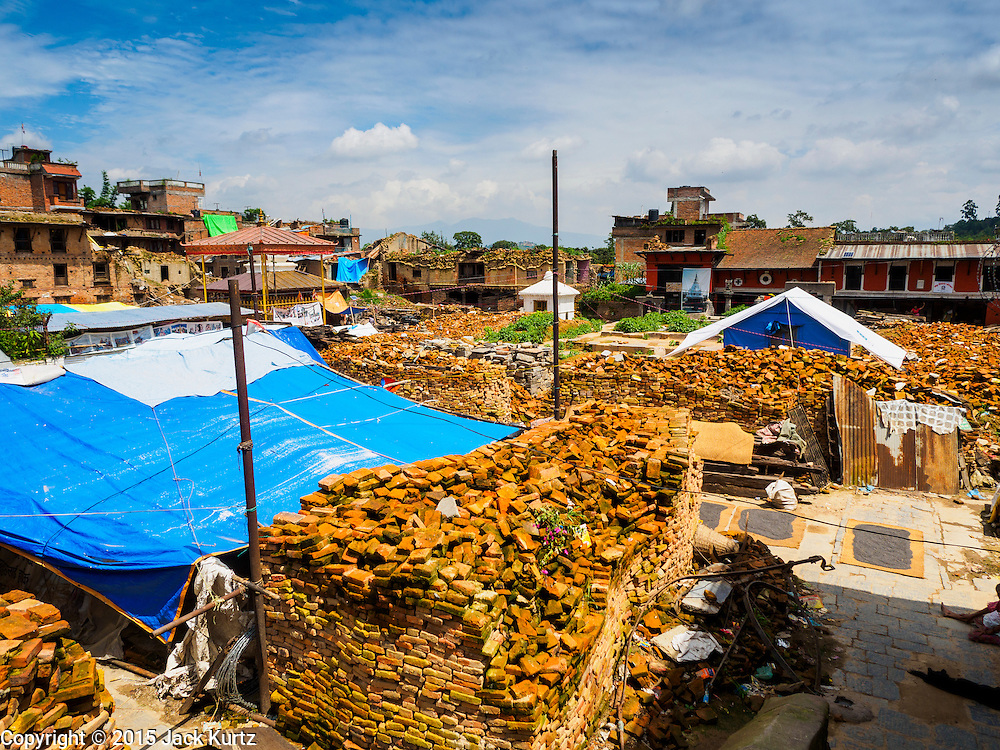