22 JANUARY 2018 - GUINOBATAN, ALBAY, PHILIPPINES: Students at Muladbucad Grande Elementary School in Guinobatan wear face masks in a class about volcano preparation. Several communities in Guinobatan were hit ash falls from the eruptions of the Mayon volcano and many people wore face masks to protect themselves from the ash. There were a series of eruptions on the Mayon volcano near Legazpi Monday. The eruptions started Sunday night and continued through the day. At about midday the volcano sent a plume of ash and smoke towering over Camalig, the largest municipality near the volcano. The Philippine Institute of Volcanology and Seismology (PHIVOLCS) extended the six kilometer danger zone to eight kilometers and raised the alert level from three to four. This is the first time the alert level has been at four since 2009. A level four alert means a "Hazardous Eruption is Imminent" and there is "intense unrest" in the volcano. The Mayon volcano is the most active volcano in the Philippines. Sunday and Monday's eruptions caused ash falls in several communities but there were no known injuries. PHOTO BY JACK KURTZ 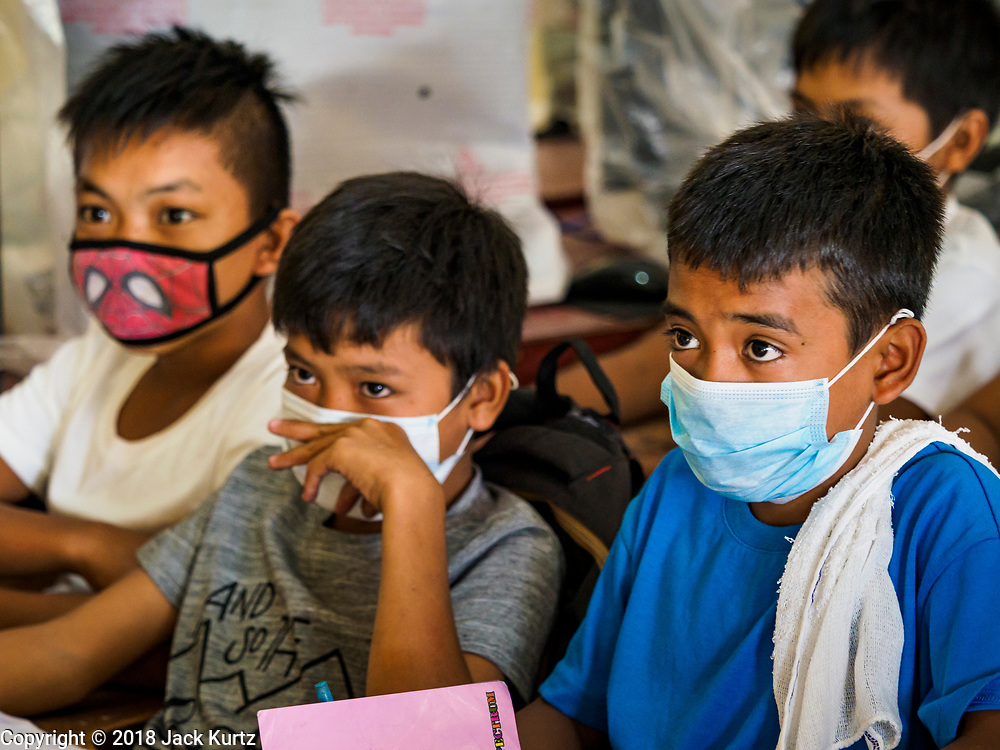