15 OCTOBER 2014 - BANGKOK, THAILAND: A vendor tries to sell souvenir umbrellas to tourists near the Grand Palace in Bangkok. The number of tourists arriving in Thailand in July fell 10.9 per cent from a year earlier, according to data from the Department of Tourism. The drop in arrivals is being blamed on continued uncertainty about Thailand's political situation. The tourist sector accounts for about 10 per cent of the Thai economy and suffered its biggest drop in visitors in June - the first full month after the army took power on May 22. Arrivals for the year to date are down 10.7% over the same period last year. PHOTO BY JACK KURTZ 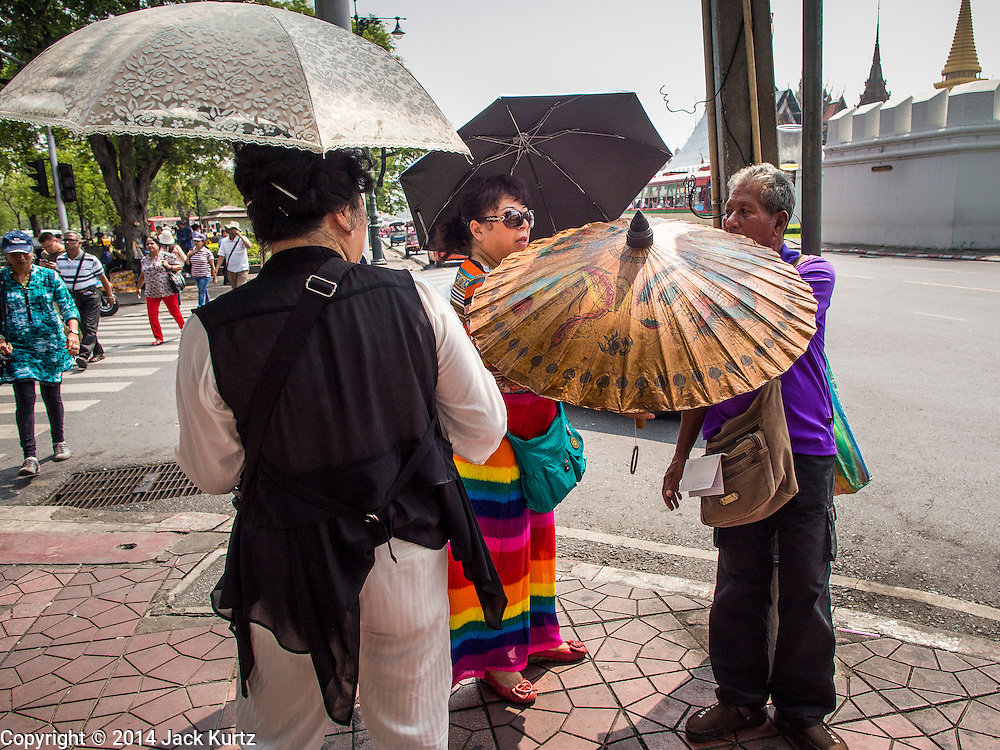