24 JUNE 2014 - BANGKOK, THAILAND: A Thai police officer (center) talks to a poet (left) while a plain clothes officer (right) photographs her poem after she read it aloud at a meeting of the Monsoon Poets Society in Bangkok. Members of the "Monsoon Poets Society" gathered in front of the Anantasamakom Throne Hall Tuesday to pay homage to the People's Party, a Siamese (Thai) group of military and civil officers (which became a political party) that staged a bloodless coup against King Prajadhipok (Rama VII) and changed Thailand (then Siam) from an absolute monarchy to a constitutional monarchy on 24 June 1932. Since the coup against the civilian government on 22 May, the ruling junta has not allowed political gatherings. Although police read the poems, they did not arrest any of the poets or make any effort to break up the gathering. PHOTO BY JACK KURTZ 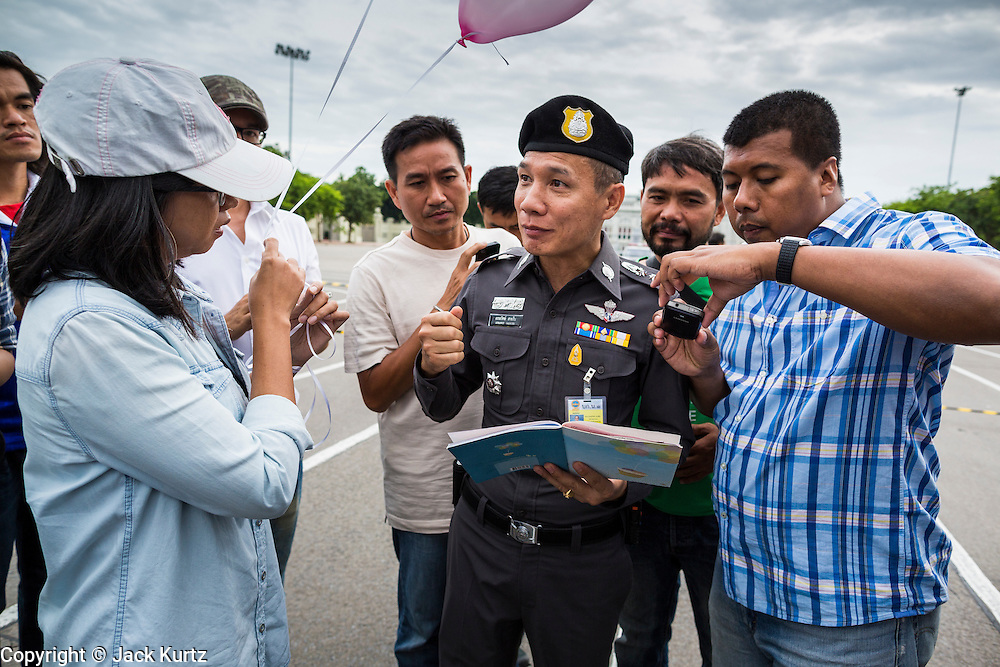