27 AUGUST 2016 - BANGKOK, THAILAND: A grilled banana vendor cooks bananas during a weekend lunch for residents of the Pom Mahakan slum community. The Pom Mahakan community is known for fireworks, fighting cocks and bird cages. Mahakan Fort was built in 1783 during the reign of Siamese King Rama I. It was one of 14 fortresses designed to protect Bangkok from foreign invaders. Only two of the forts are still standing, the others have been torn down. A community developed in the fort when people started building houses and moving into it during the reign of King Rama V (1868-1910). The land was expropriated by Bangkok city government in 1992, but the people living in the fort refused to move. In 2004 courts ruled against the residents and said the city could evict them. The city vowed to start the evictions on Sept 3, 2016, but this week Thai Prime Minister Gen. Prayuth Chan-O-Cha, sided with the residents of the fort and said they should be allowed to stay. Residents are hopeful that the city will accede to the wishes of the Prime Minister and let them stay. PHOTO BY JACK KURTZ 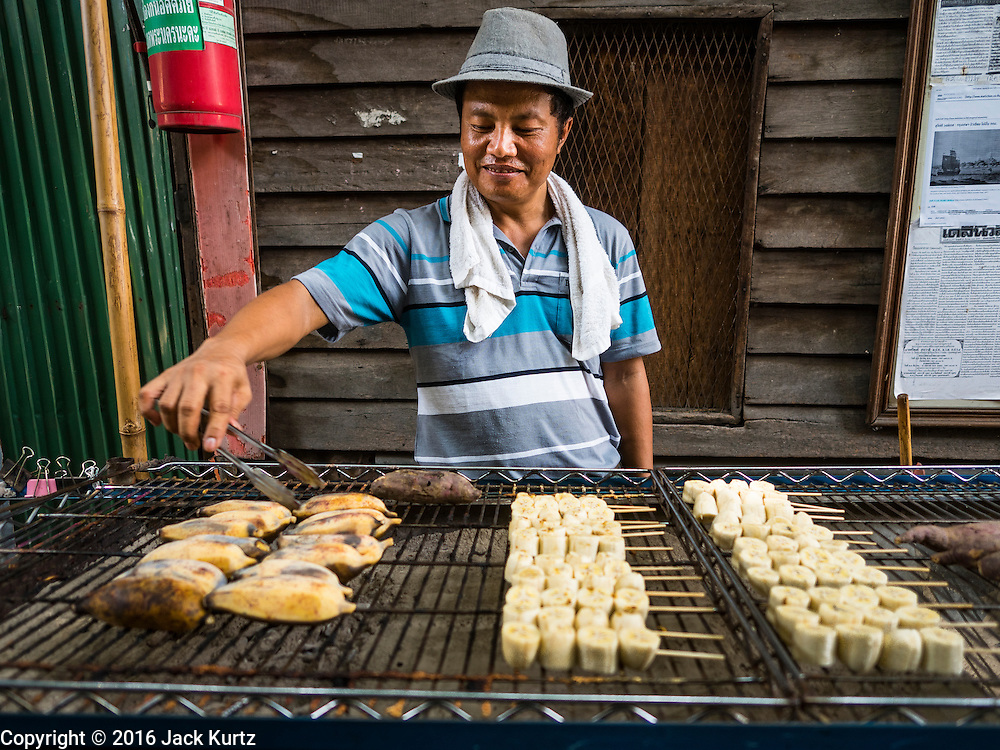