18 APRIL 2010 -- BANGKOK, THAILAND: Most of the Red Shirts pass the days sleeping in the shade created by the Bangkok "Skytrains" during the protests in the shopping district. The Red Shirts protest in the Ratchaprasong Shopping district, home to Bangkok's most upscale malls, is costing the Thai economy millions of Baht per day because the malls and most of the restaurants are closed and tourists are staying away from the area. But that hasn't stopped the Red Shirts who have brought their own economy with them. There are Red Shirt restaurants, food stands, souvenir vendors and more, creating a micro economy for Red Shirts in the area. The Red Shirts continue to occupy Ratchaprasong Intersection an the high end shopping district of Bangkok. They are calling for Thai Prime Minister Abhisit Vejjajiva to step down and dissolve the parliament. Most of the Red Shirts support ousted former Prime Minister Thaksin Shinawatra. PHOTO BY JACK KURTZ 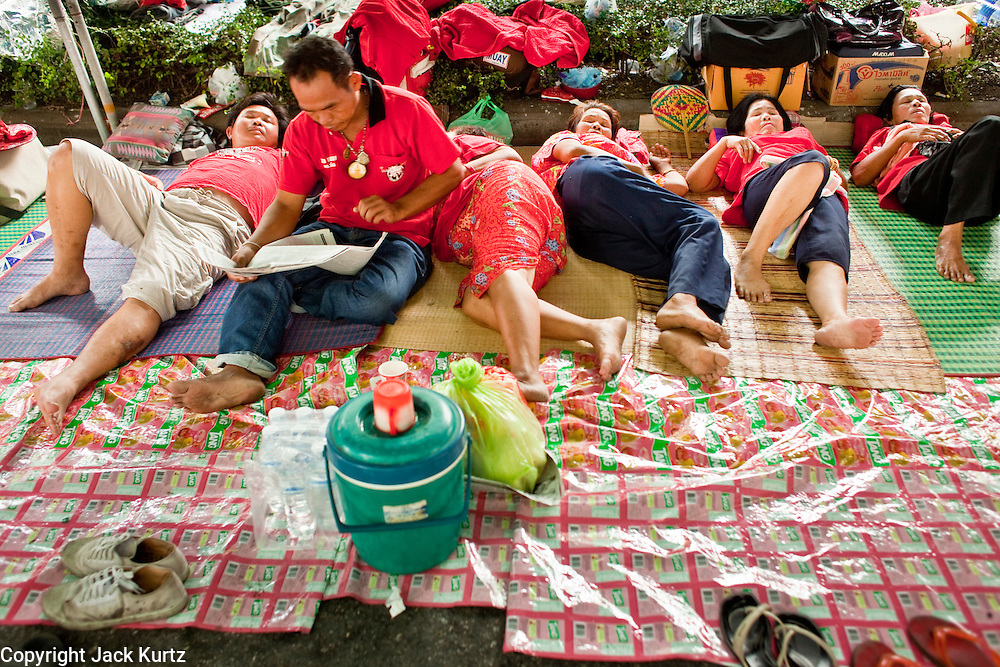