07 JANUARY 2007 - MANAGUA, NICARAGUA: Men work on the inaugural stage for incoming Nicaraguan president, Daniel Ortega, of the Sandanista party. The Sandanistas won the November election and took power in January, 17 years after they were swept from power by the UNO opposition coalition headed by Violetta Chamorro. The Sandanistas ruled Nicaragua from 1979 to 1990 after they defeated the Somoza government. Their tenure was marked by advances in education and health care, but also by a war against the "Contras" an anti-Sandanista army organized and funded by the Reagan administration. Photo by Jack Kurtz 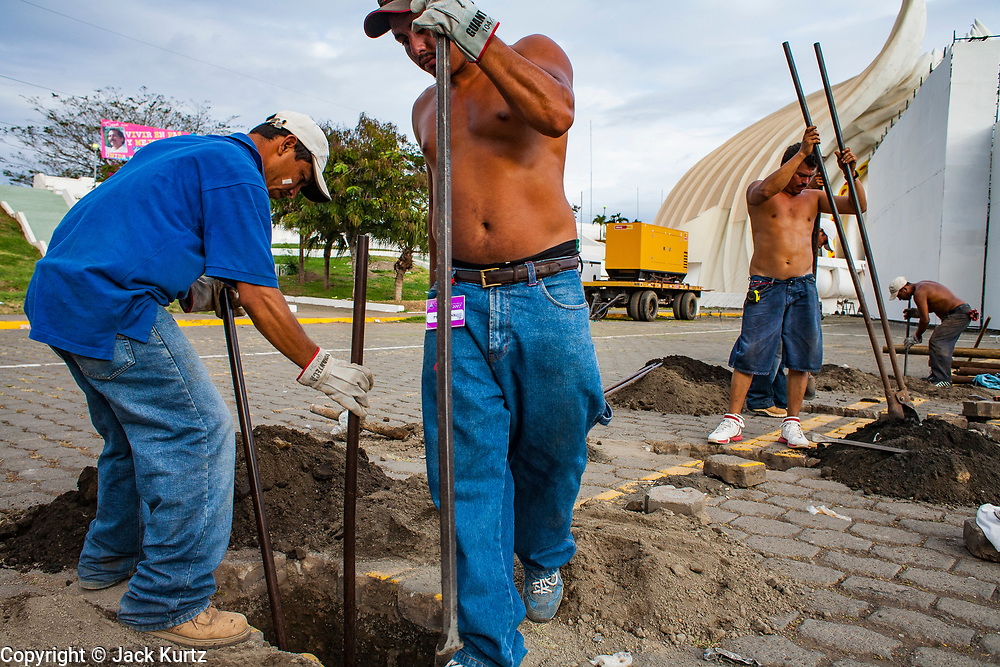