22 OCTOBER 2017 - BANGKOK, THAILAND: People in black mourning clothes walk under and photograph the number 9 written in Thai script in a marigold floral display in front of Pak Khlong Talat, the flower market, in Bangkok. The number 9 in Thai script is the design to honor Rama IX, Bhumibol Adulyadej, the Late King of Thailand, and the 9th king in the Chakri Dynasty. There is a replica crematorium south of the flower market and the street in front features elaborate displays in the late king's honor. The King died in October 2016 and will be cremated on 26 October 2017. PHOTO BY JACK KURTZ 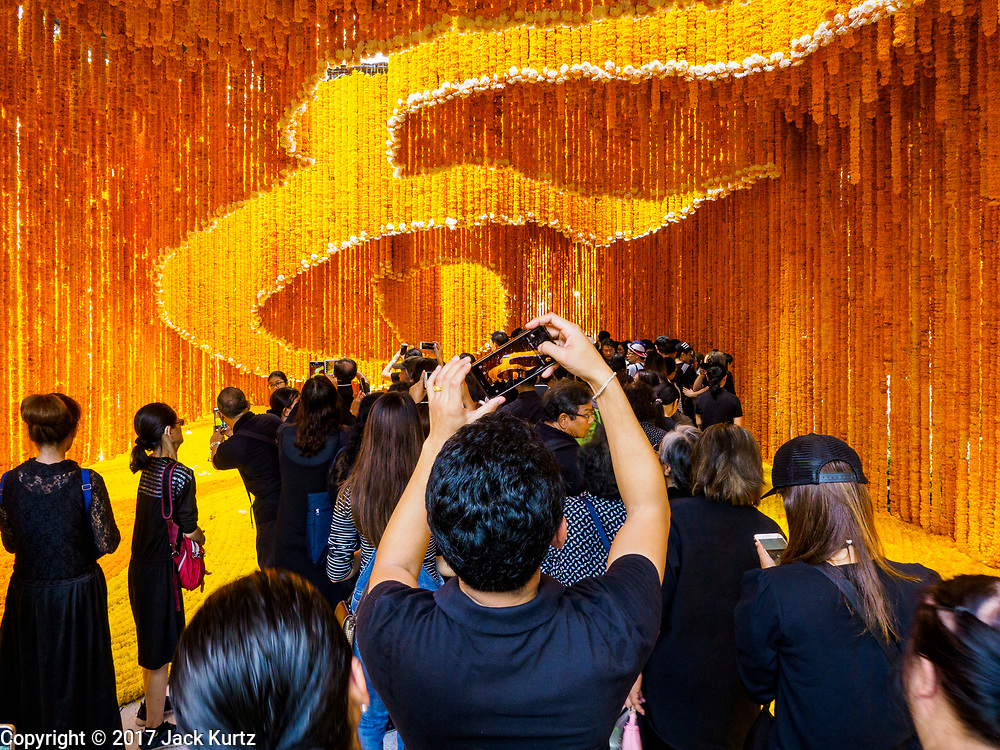