31 MARCH 2015 - BANGKOK, THAILAND: The statue of Rama V, also known as King Chulalongkorn, located on the Royal Plaza in front of Ananta Samakhom Throne Hall in Dusit Palace, Dusit. On 24 June 1932, the plaza and the throne hall witnessed one of the most important events in Thai history as the People's Party staged a bloodless revolution that transformed the country from absolute monarchy to democratic constitutional monarchy. The plaza was the rally site for People's Party supporters demanding the constitution. The first permanent constitution was ceremoniously granted in the Ananta Samakhom Throne Hall on 10 December 1932. PHOTO BY JACK KURTZ 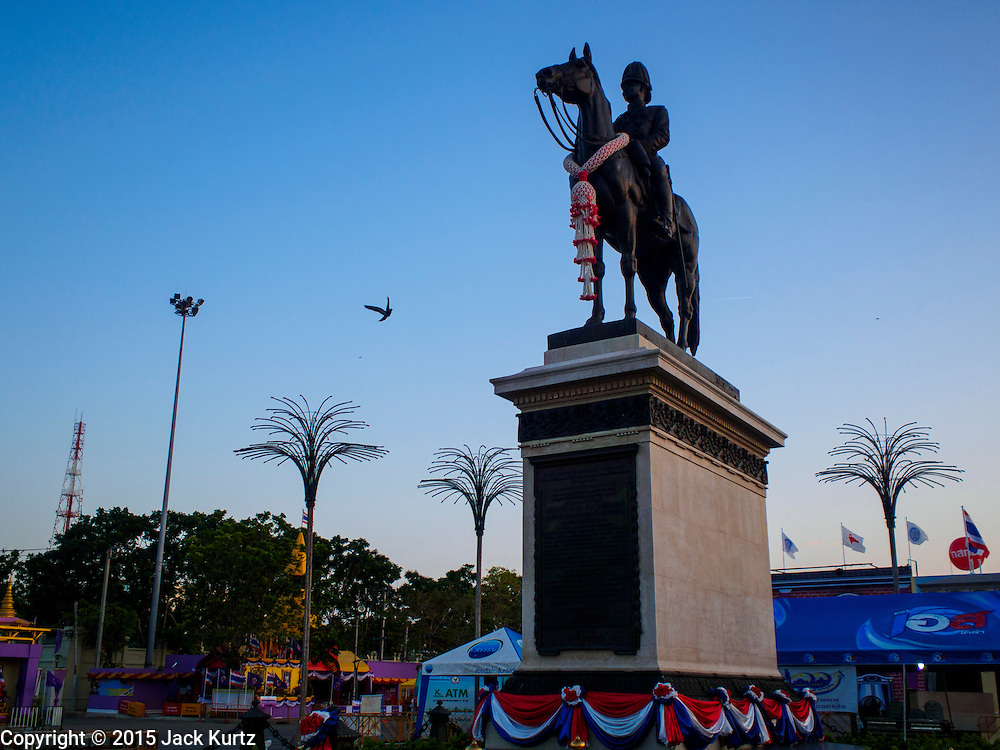