05 JUNE 2011 - GREER, AZ: Smoke from the Wallow Fire covers the Sheep Springs Sheep Co shearing camp on the Mogollon Rim northwest of Greer Sunday. Mark Pedersen (CQ), of Sheep Springs Sheep Co, said they drove about 2,000 sheep from Chandler up to their summer pastures near Greer. They were supposed to start shearing on Friday, but didn't start till Friday because of the Wallow Fire. They also run cattle on land southeast of the sheep pasture, closer to Greer. Pedersen said they were prepared to move both the cattle and the sheep if they had to. He said the biggest problem with the smoke was that it bothered the sheeps' lungs much the same way it bother people's lungs. The fire grew to more than 180,000 acres by Sunday with zero containment. A "Type I" incident command team has taken command of the fire. PHOTO BY JACK KURTZ 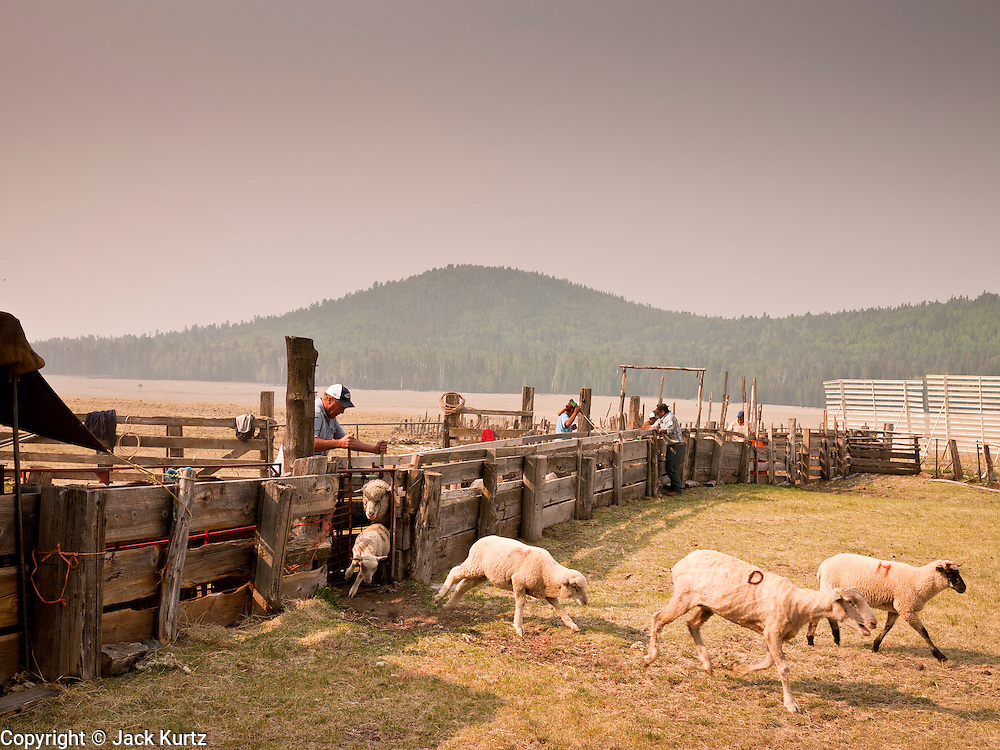