27 SEPTEMBER 2017 - BANGKOK, THAILAND: People on a sidewalk across the street from the Grand Palace after paying respects to the funeral urn of the late King. The Royal Household has announced that the palace will close to the public, including tourists, on 04 October 2017 to allow officials to complete preparations for the cremation of Bhumibol Adulyadej, the King of Thailand, who died on 13 October 2016. They also extended the official mourning period by 15 days. It was originally set to end on 13 October 2017 but now will end on 26 October 2017, the day of the King's cremation. PHOTO BY JACK KURTZ 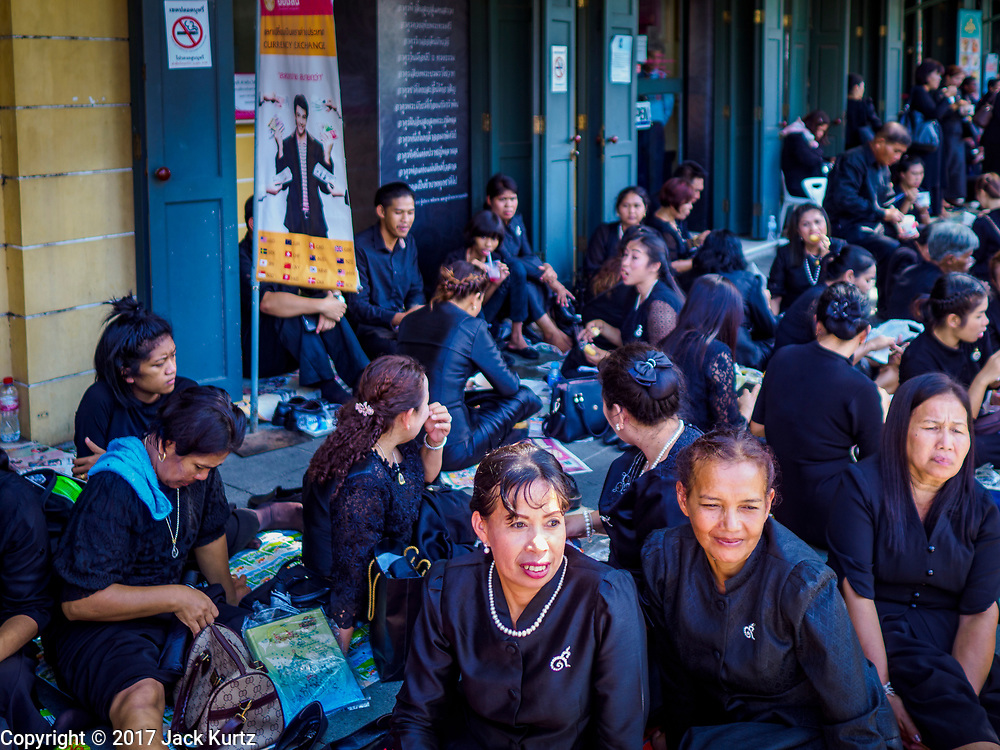