26 JUNE 2015 - BANGKOK, THAILAND: Thai Police Colonel KITTIGORN BOONSOM, center, tells representatives of the Foreign Correspondents' Club of Thailand (FCCT) that a scheduled announcement by Human Rights Watch (HRW) about human rights in Vietnam was cancelled by order of the Thai government. HRW was scheduled to launch a new report, “Persecuting ‘Evil Way’ Religion: Abuses against Montagnards in Vietnam”, at the FCCT in Bangkok Friday morning. The report made no mention of the human rights situation in Thailand. The Thai Ministry of Foreign Affairs (MFA) contacted HRW Thursday afternoon and asked them to cancel the program because it was a “sensitive” matter that could impact on Thai-Vietnam relations. HRW told the MFA that they would go ahead with the report's release. Friday morning, before the report was scheduled to be released, Thai police officers arrived at the FCCT and cancelled the event. Phil Robertson, deputy director of Human Rights Watch's Asia division, said, "By stepping in to defend a neighboring state’s human rights violations against a group of its people and interrupting a scheduled press conference, Thailand’s military junta is violating freedom of assembly and demonstrating its contempt for freedom of the press." PHOTO BY JACK KURTZ 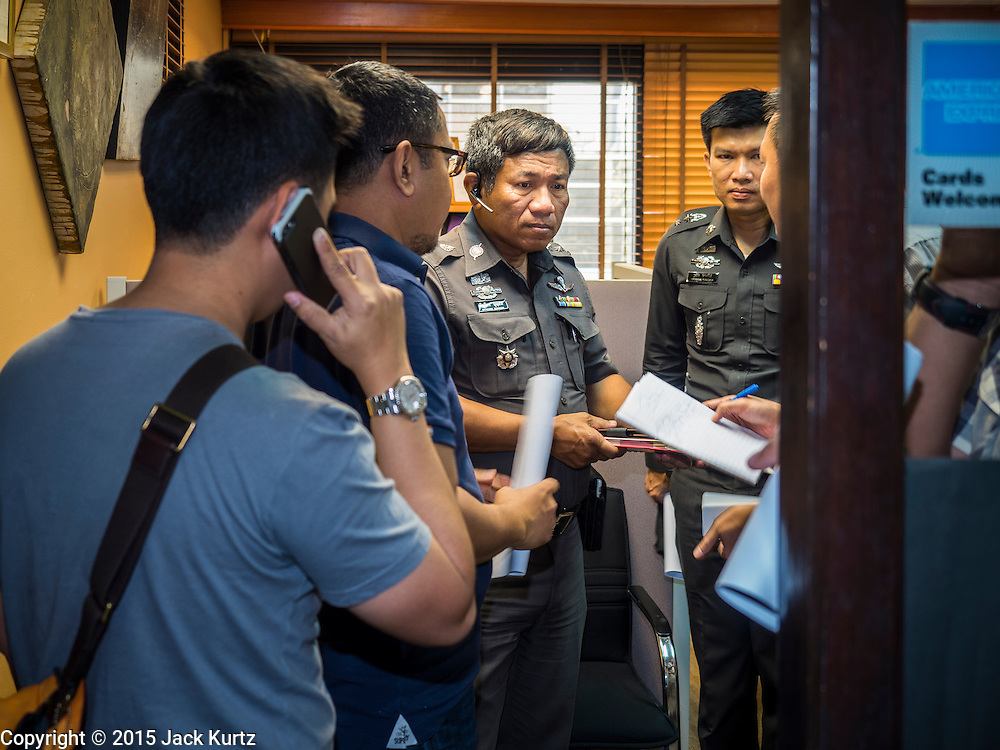