16 OCTOBER 2011 - PHOENIX, AZ: An Occupy Phoenix protester eats a slice of pizza at the protest site in Phoenix, AZ, Sunday. A supporter of the protest donated about 15 large pizzas to the protesters at dinner time Sunday. About 200 people continued the Occupy Phoenix protest in downtown Phoenix Sunday afternoon. The protest peaked Saturday afternoon at about 2,000 people. Nearly 50 people were arrested late Saturday night on misdemeanor trespassing charges when they tried to camp in a park near downtown and on Sunday the crowd dwindled to 200. Protesters hope to continue the protest through Monday by marching around downtown and picketing banks in the area. PHOTO BY JACK KURTZ 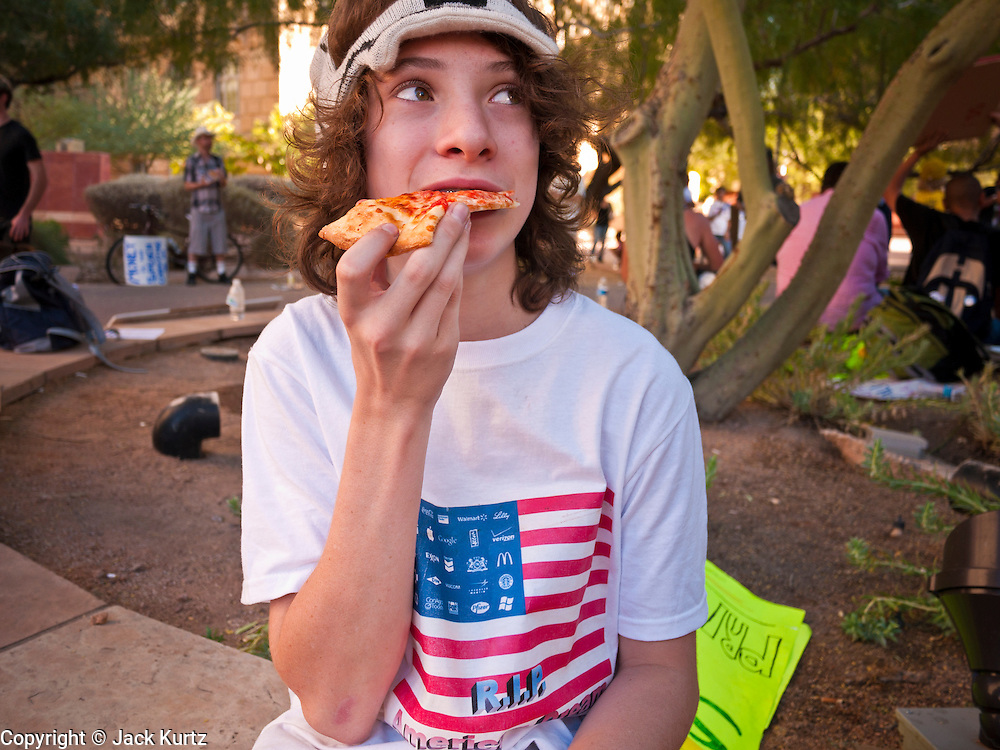