28 MARCH 2012 - HO CHI MINH CITY, VIETNAM: A crab vendor sells a crab in the Ben Thanh Market in Ho Chi Minh City, Vietnam. Ben Thanh Market is a large market in the downtown area of Ho Chi Minh City (Saigon), Vietnam in District 1. The market is one of the earliest surviving structures in Saigon and one of the city's landmarks, popular with tourists seeking local handicrafts, textiles,ao dais (Vietnamese traditional dresses), and souvenirs, as well as local cuisine. The market developed from informal markets created by early 17th century street vendors gathering together near the Saigon River. The market was formally established by the French colonial powers in 1859. This market was destroyed by fire in 1870 and rebuilt to become Saigon's largest market. In 1912 the market was moved to a new building and called the New Ben Thanh Market to distinguish over its predecessor. The building was renovated in 1985. PHOTO BY JACK KURTZ 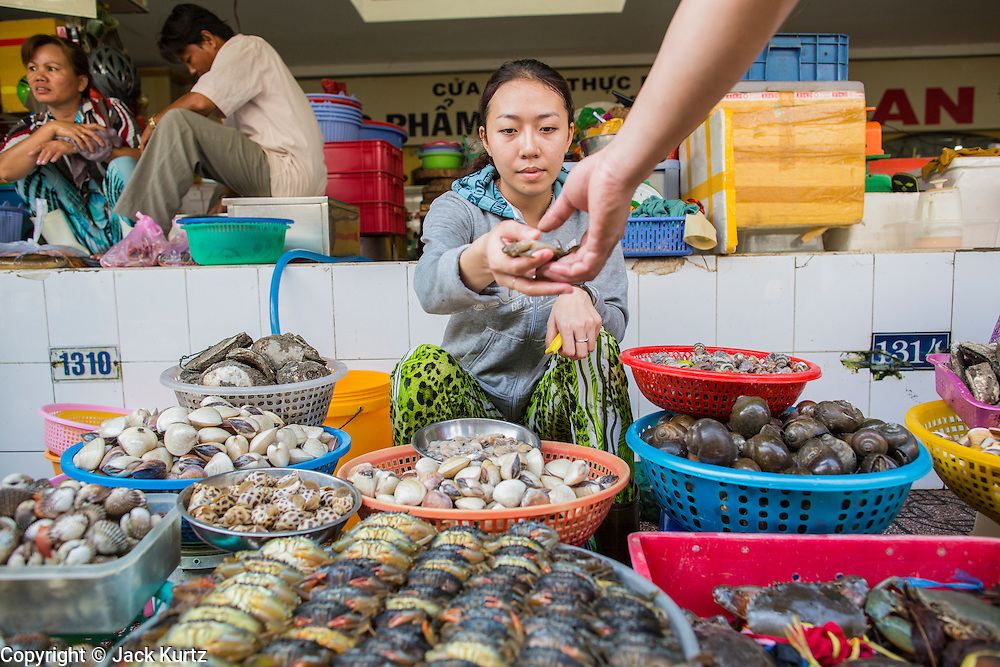