02 JUNE 2015 - KULAI, JOHORE, MALAYSIA: A Rohingya refugee family from Sittwe, Myanmar, in their home in Kulai, Malaysia. None of them has official UNHCR refugee status, they face daily harassment from Malaysian police. They pay about 400 Malaysian Ringgit (about $110 US) a month rent for their home, which has numerous holes in the roof and exterior walls and floods in the rainy season. The UN says the Rohingya, a Muslim minority in western Myanmar, are the most persecuted ethnic minority in the world. The government of Myanmar insists the Rohingya are illegal immigrants from Bangladesh and has refused to grant them citizenship. Most of the Rohingya in Myanmar have been confined to Internal Displaced Persons camp in Rakhine state, bordering Bangladesh. Thousands of Rohingya have fled Myanmar and settled in Malaysia. Most fled on small fishing trawlers. There are about 1,500 Rohingya in the town of Kulai, in the Malaysian state of Johore. Only about 500 of them have been granted official refugee status by the UN High Commissioner for Refugees. The rest live under the radar, relying on gifts from their community and taking menial jobs to make ends meet. They face harassment from Malaysian police who, the Rohingya say, extort bribes from them. PHOTO BY JACK KURTZ 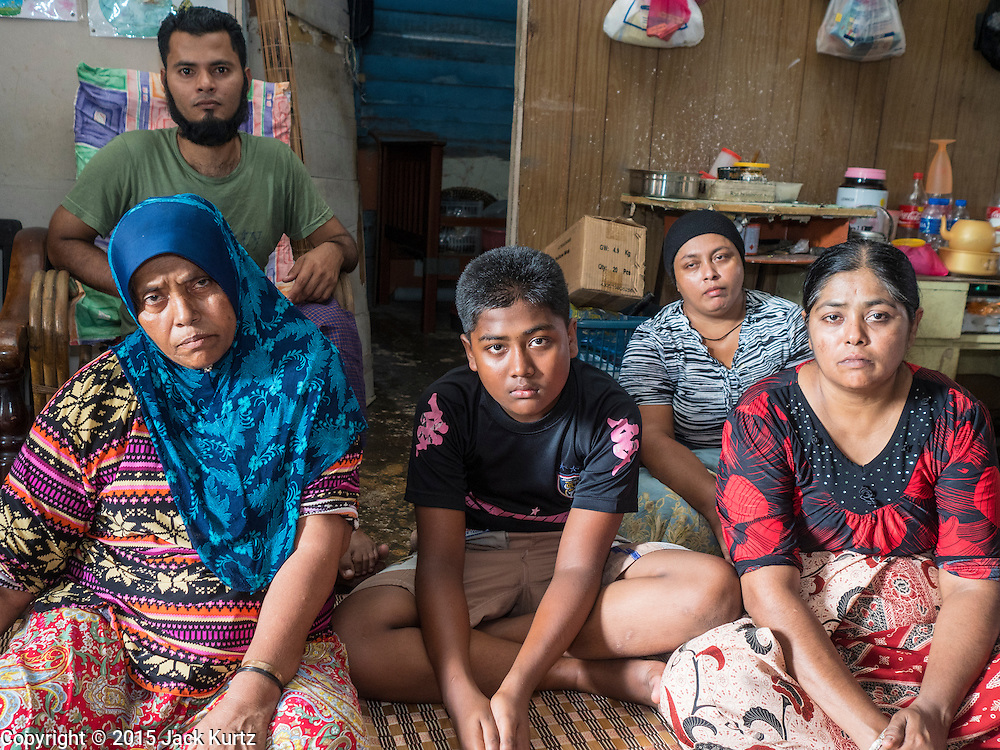