20 SEPTEMBER 2006 - NEW ORLEANS, LOUISIANA: KASS ROBINSON cleans out his home in the Lower 9th Ward of New Orleans, LA. The neighborhood was abandoned after flooding from nearby canals after Hurricane Katrina inundated this part of the city. Robinson said he was evacuated first to Pensacola, FL and then to Atlanta, GA after the storm but that he was going to move back into the Lower 9th Ward. He said the only way the city would come back was if the people who lived there before came back. Photo by Jack Kurtz / ZUMA Press 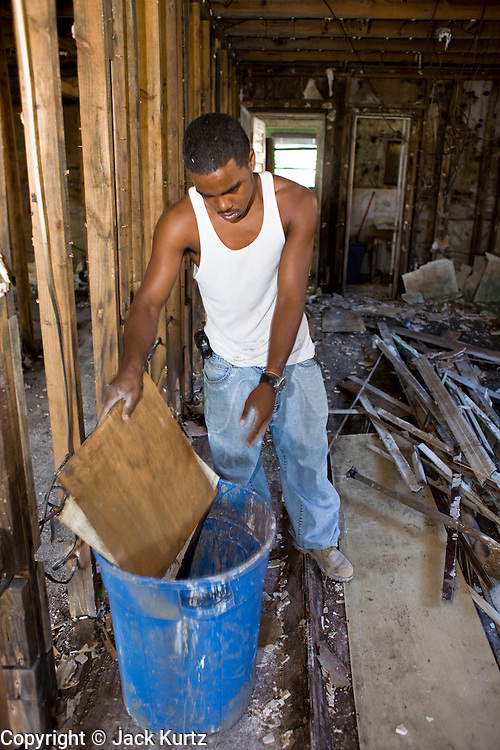