31 JANUARY 2019 - BANGKOK, THAILAND: Women wearing breathing masks prays with incense before going to work at an office tower in Bangkok. In an effort to control particulate pollution, the Thai government has asked people not to burn incense or "gold paper" for religious rituals. The Thai government has closed more than 400 schools for the rest of the week because of high levels of pollution in Bangkok. At one point Wednesday, Bangkok had the third highest level of air pollution in the world, only Delhi, India and Lahore, Pakistan were worst. The Thai government has suspended some government construction projects and ordered other projects to take dust abatement measures. Bangkok authorities have also sprayed water into the air in especially polluted intersections to control dust. Bangkok's AQI (Air Quality Index) Thursday morning was 180, which is considered unhealthy for all people. PHOTO BY JACK KURTZ 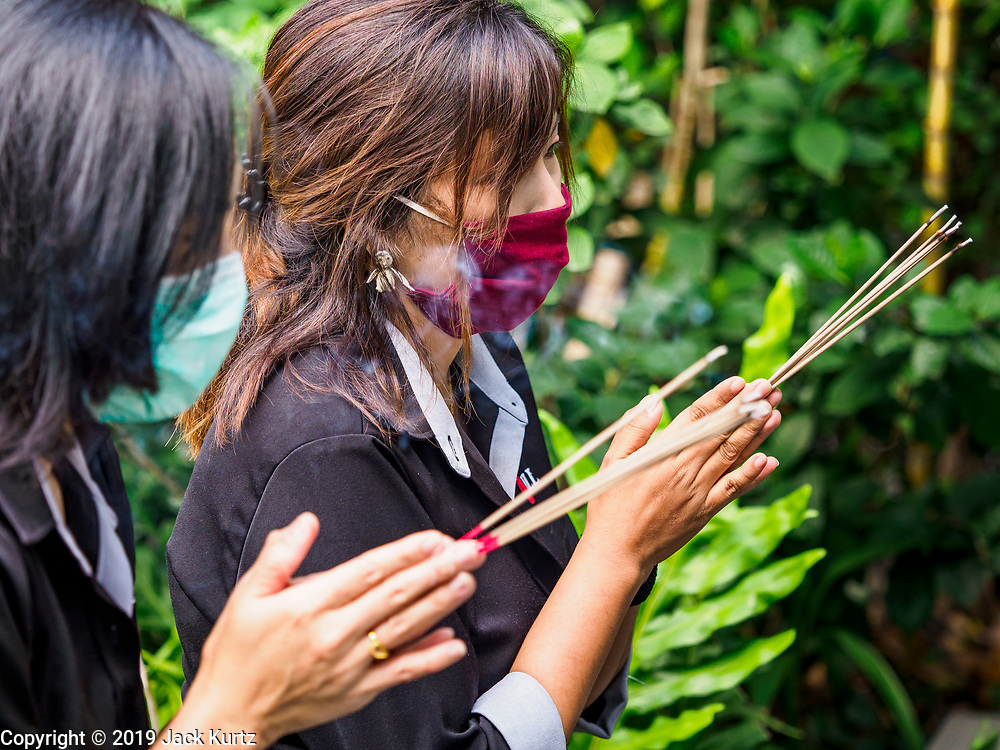