07 AUGUST 2012 - TOLLESON, AZ: AVIVA WININGER, left, a volunteer, helps a client with oatmeal at the food bank in Tolleson, AZ, about 15 miles west of Phoenix. The Tolleson food bank has been operating for more than 20 years. It used to serve mostly the families of migrant farm workers that worked the fields around Tolleson but in the early 2000's many of the farms were sold to real estate developers. Now the food bank serves both farm worker families and people who lost their homes in the real estate crash, that his Phoenix suburbs especially hard. More than 150 families a day are helped by the Tolleson food bank, an increase of more than 50% in the last five years. PHOTO BY JACK KURTZ 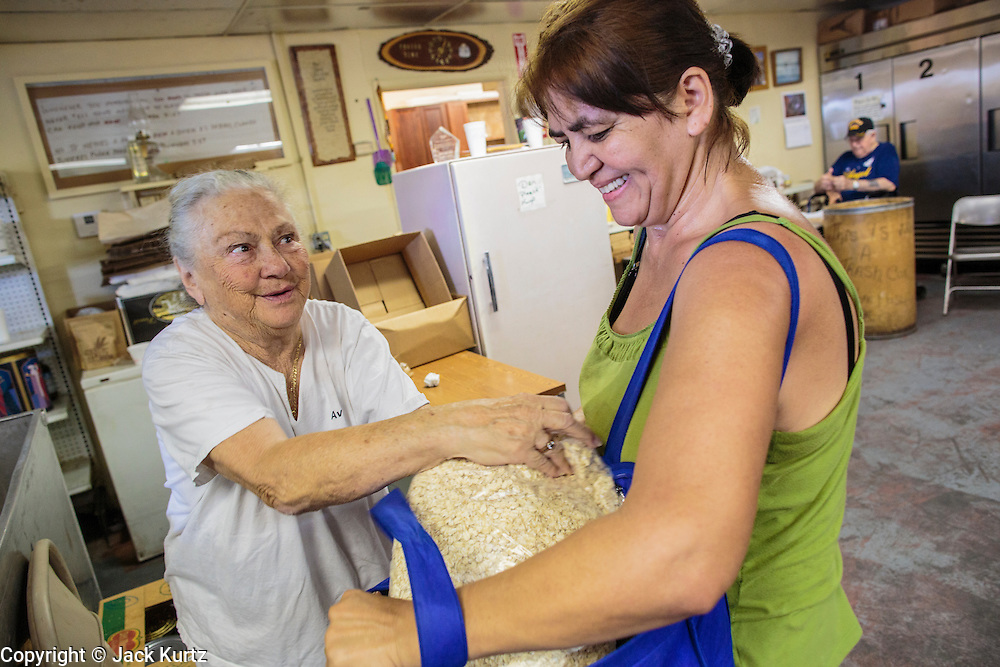