Feb. 28, 2009 -- PHOENIX, AZ: A woman and her daughter participate in a Native American blessing during a protest against Sheriff Joe Arpaio Saturday. Thousands of people in Phoenix, AZ, protested against Maricopa County Sheriff Joe Arpaio's immigration policies. Arpaio has polarized the community by conducting raids against illegal immigrants in businesses and neighborhoods in the Phoenix area that are frequented by Hispanics. Members of Congress have written to Attorney General Eric Holder and asked him to investigate Arpaio for human rights violations. Arpaio claims he has authority under the Department of Homeland Security's 287g program to investigate and arrest illegal immigrants. Photo By Jack Kurtz 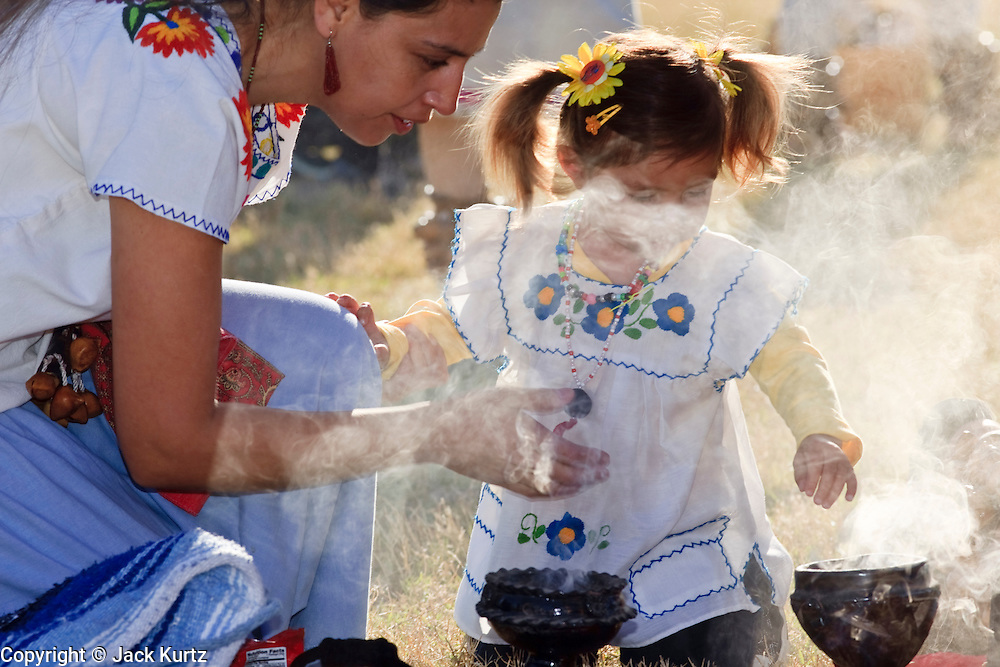