26 NOVEMBER 2012 - BANGKOK, THAILAND: Tourists are asked to take off their shoes by a temple employee before entering the hall housing the Reclining Buddha at Wat Pho in Bangkok. Thailand's Temple of the Reclining Buddha has gained further global prominence following a 45-minute tour by U.S. President Barack Obama and Secretary of State Hillary Clinton during their November 18-19 visit to the kingdom. Known also as the Temple of the Reclining Buddha, its official name is Wat Phra Chettuphon Wimon Mangkhlaram Ratchaworamahawihan. The temple is also known as the birthplace of traditional Thai massage. There is a popular massage school on the temple grounds. PHOTO BY JACK KURTZ 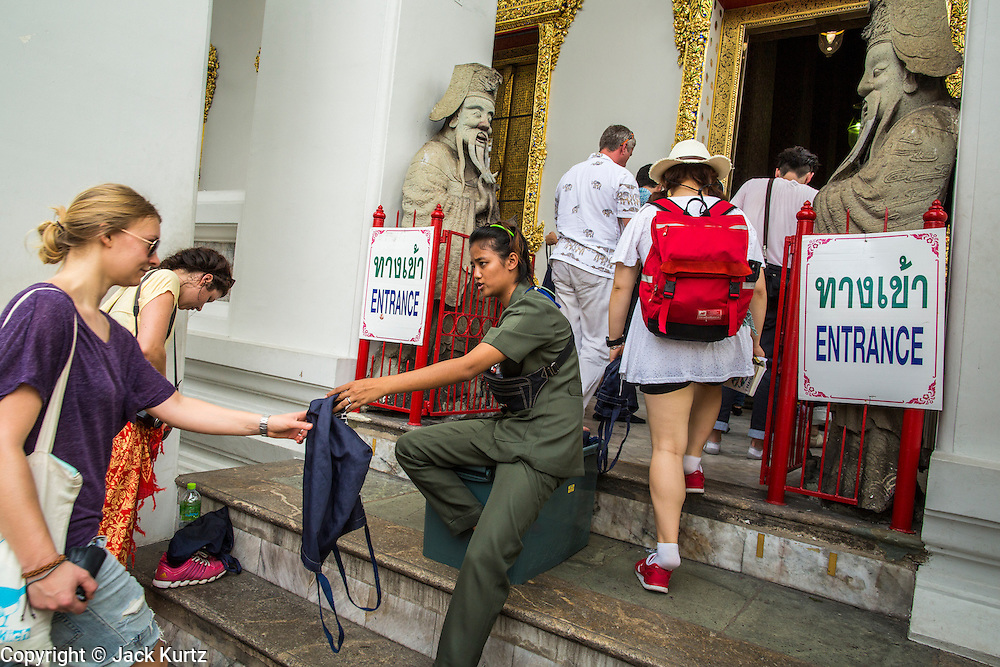