17 OCTOBER 2013 - PHOENIX, AZ: ANDRES GARCIA, 6, (far left) and others gather in front of the office of the Arizona Attorney General. About 100 people came to the office of Arizona Attorney General Tom Horne to protest the decision by Horne to sue community colleges in Maricopa County that charge DREAM Act students who are residents of Arizona out of state tuition rather than in state resident tuition. Nearly 10 people were arrested in a planned civil disobedience during the protest. PHOTO BY JACK KURTZ 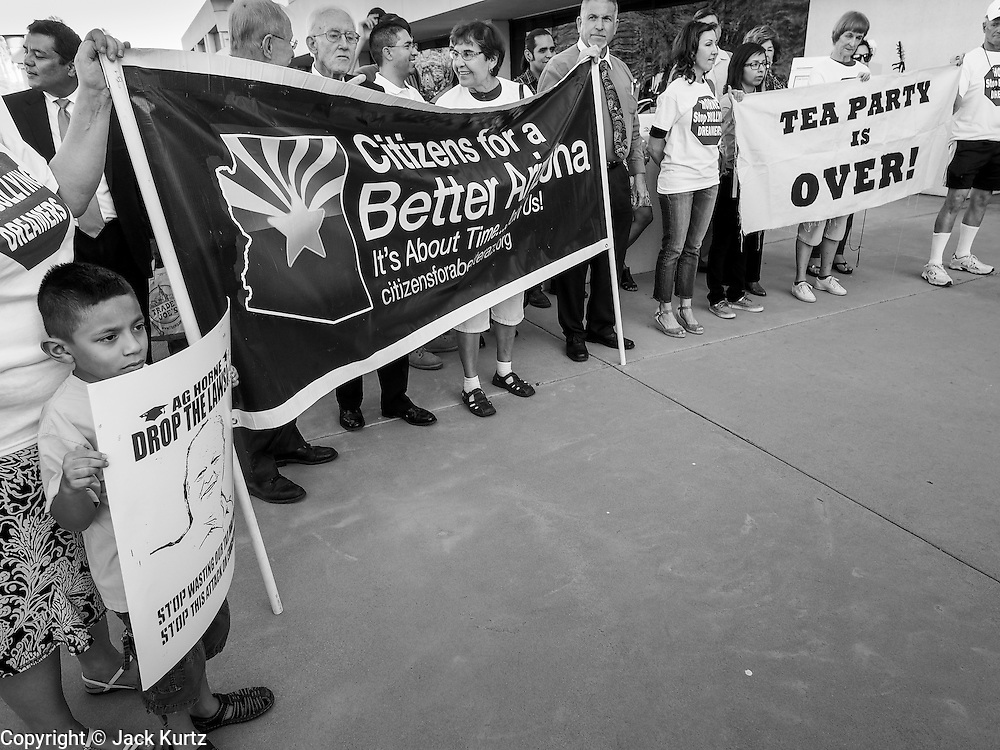