03 JUNE 2011 - SPRINGERVILLE, AZ: Joe Sitarzewski (CQ) from Eager studies maps of the Wallow fire during the community meeting at Round Valley Middle School in Eager. High winds and temperatures have continued to complicate firefighters' efforts to get the Wallow fire under control. The mandatory evacuation order for Alpine was extended to Nutrioso, about 10 miles north of Alpine and early Friday morning fire was reported on the south side of Nutrioso. The fire grew to more than 106,000 acres early Friday with zero containment. A "Type I" incident command team has been called in to manage the fire. PHOTO BY JACK KURTZ 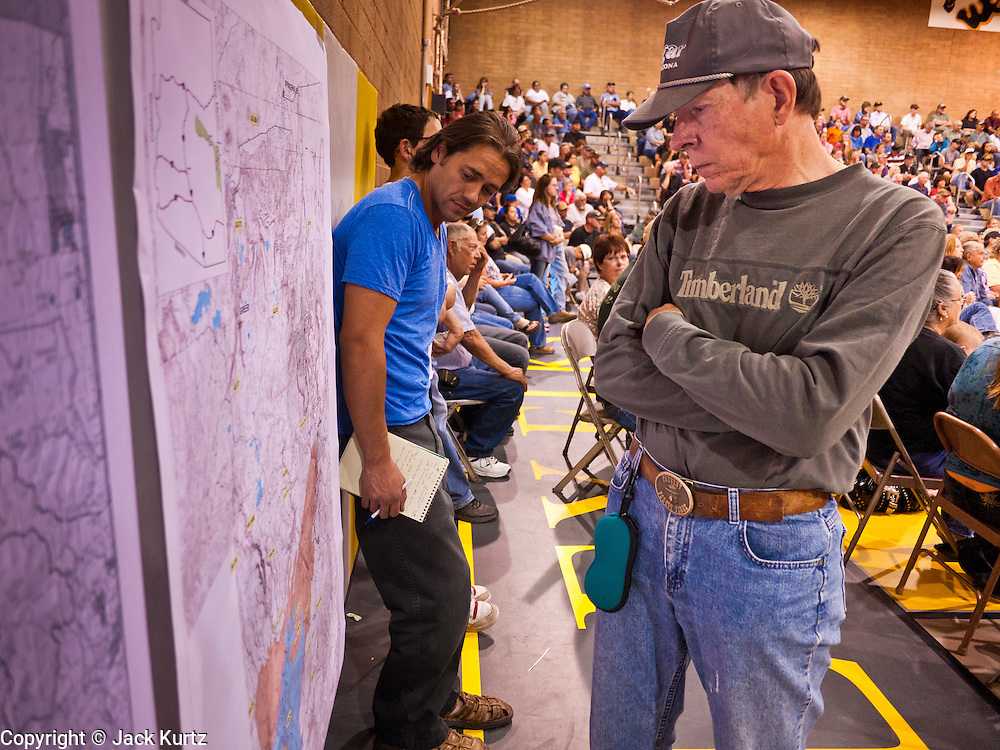