23 February 2009 -- PHOENIX, AZ: RICHARD ABRAMOWSKI, left, and ERNEST MAJEWSKI, both from Phoenix, use the computer lab at the Maricopa Workforce Connections office in Phoenix, AZ, to look for work. Abramowski said he's been out of work since May 2008 and that he hasn't even been able to get an interview in that time, "I'm looking for anything, but you go to an opening and there are 500 people in line for one job." Maricopa Workforce Connections helps people find work and transition to new work environments. According to the US Bureau of Labor Statistics, unemployment in Arizona increased from 3.9 percent in April 2008 to 6.9 percent in December 2008. Photo By Jack Kurtz / ZUMA Press 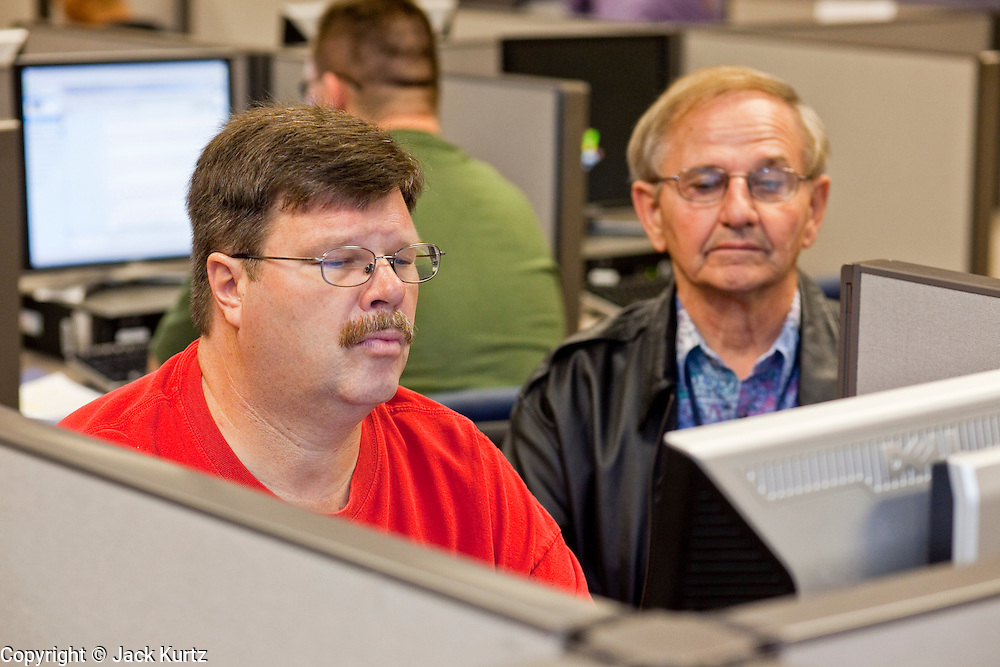