16 JULY 2007 -- NOGALES, SONORA, MEXICO: VIANES BELLO RODRIGUEZ, and her son MANUEL PATRON, 4, from the Mexican state of Guerrero, at the No More Deaths aid station near the Mexican port of entry in Nogales, Sonora, Mexico. They entered the US illegally Saturday and wandered through the desert Saturday and Sunday before being apprehended by the US Border Patrol Sunday night. They were trying to get to Indiana to be with her husband, Manuel's father. She is currently five months pregnant. No More Deaths and the Sonora state government set up the aid station in 2006 to help Mexican immigrants deported from the US from across the US Border Patrol station in Nogales, Arizona. Volunteers at the aid station provide immigrants, many of whom spend days in the desert before being apprehended by the US Border Patrol, with food and water and rudimentary first aid. The immigrants then go back to their homes in Mexico or into Nogales to make another effort at crossing the border. Volunteers said they help between 600 and 1,000 immigrants per day. The program costs about .60¢ per person to operate. So far this year they've helped more than 130,000 people. Photo by Jack Kurtz 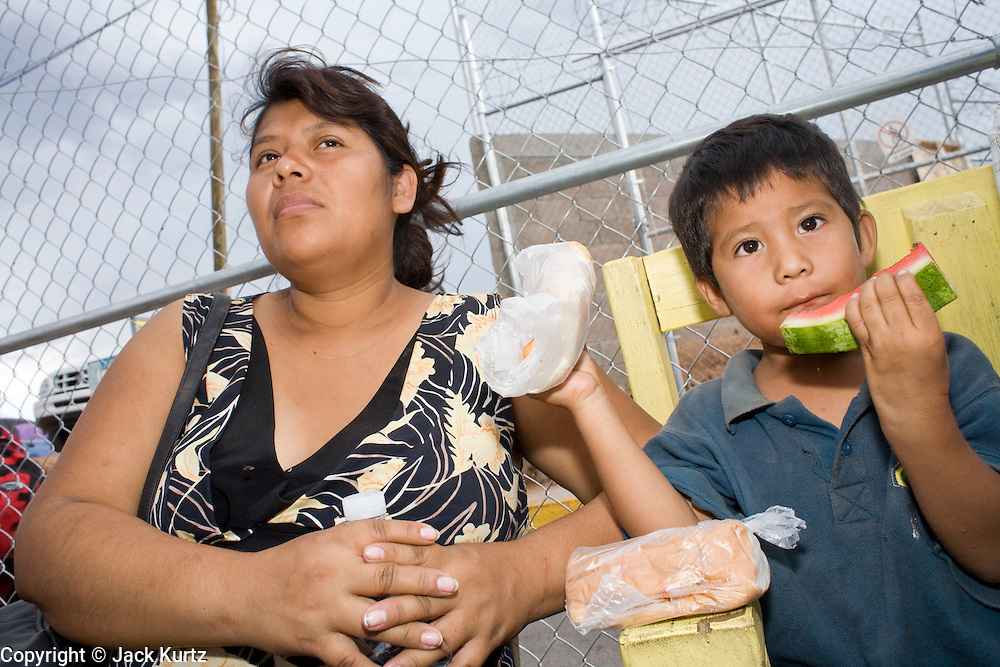