25 OCTOBER 2014 - BANGKOK, THAILAND: Night view of the front of Hua Lamphong Train Station in Bangkok. Bangkok Railway Station unofficially known as Hua Lamphong Station, is the main railway station in Bangkok, Thailand. It is in the center of the city in the Pathum Wan District, and is operated by the State Railway of Thailand. The station was opened on June 25, 1916 after six years' construction. The site of the railway station was previously occupied by the national railway's maintenance centre, which moved to Makkasan in June 1910. At the nearby site of the previous railway station a pillar commemorates the inauguration of the Thai railway network in 1897. The station was built in an Italian Neo-Renaissance-style, with decorated wooden roofs and stained glass windows. There are 14 platforms, 26 ticket booths, and two electric display boards. Hua Lamphong serves over 130 trains and approximately 60,000 passengers each day. Since 2004 the station has been connected by an underground passage to the MRT (Metropolitan Rapid Transit) subway system's Hua Lamphang Station. PHOTO BY JACK KURTZ 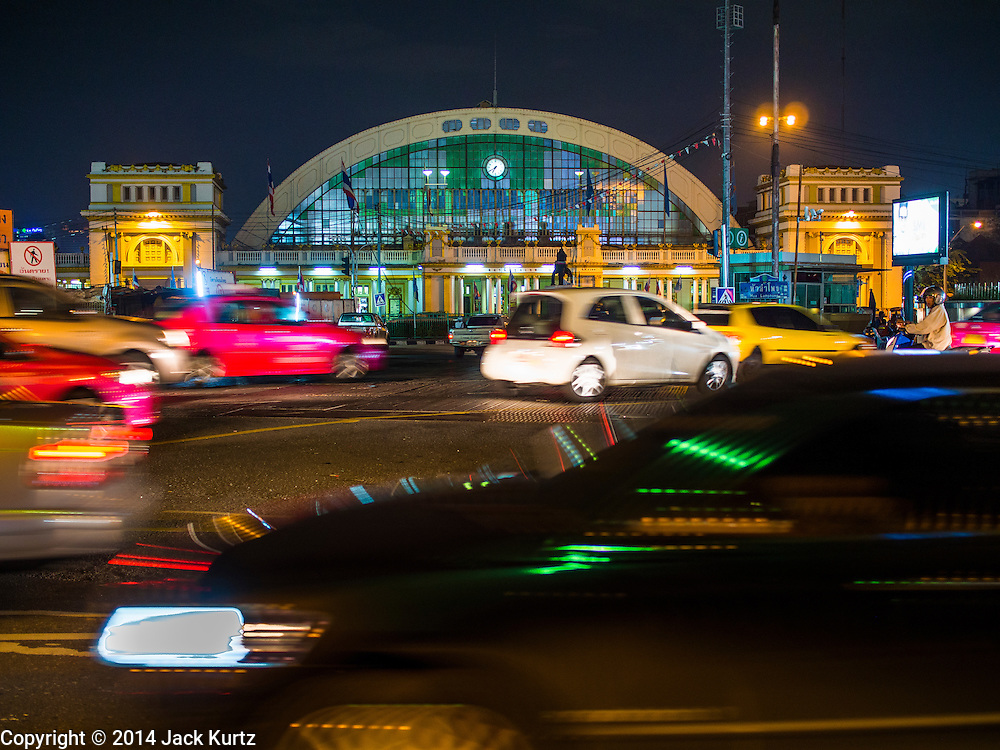