17 JANUARY 2013 - SAMUT SONGKHRAM, SAMUT SONGKHRAM, THAILAND: A railway worker walks back to his office after waving an outbound train out of the station in Samut Songkhram. Four trains each day make the round trip from Baan Laem, near Samut Sakhon, to Samut Songkhram, the train chugs through market eight times a day (coming and going). Each time market vendors pick up their merchandise and clear the track for the train, only to set up again when the train passes. The market on the train tracks has become a tourist attraction in this part of Thailand and many tourists stop to see the train on their way to or from the floating market in Damnoen Saduak. PHOTO BY JACK KURTZ 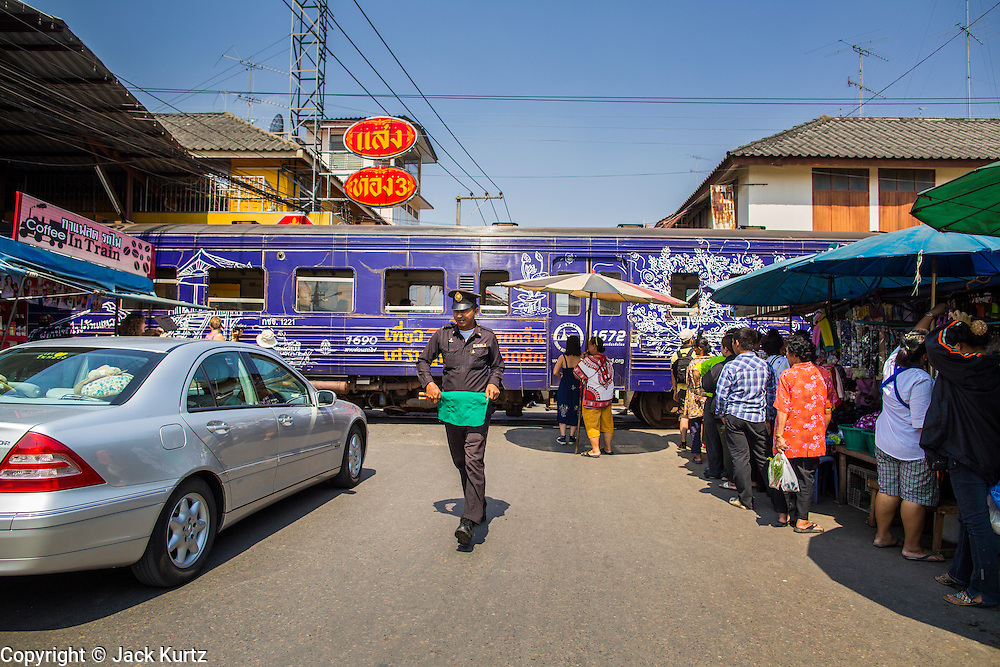