23 MAY 2014 - BANGKOK, THAILAND: A Thai army military policeman tries to control the media at a checkpoint where Thai politicians were supposed to surrender to authorities in Bangkok. The Thai military seized power in a coup Thursday evening. They suspended the constitution and ended civilian rule. This is the 2nd coup in Thailand since 2006 and at least the 12th since 1932. The army has ordered both anti-government protestors in Bangkok and pro-government protestors in the suburbs to go home and arrested leaders of both groups. PHOTO BY JACK KURTZ 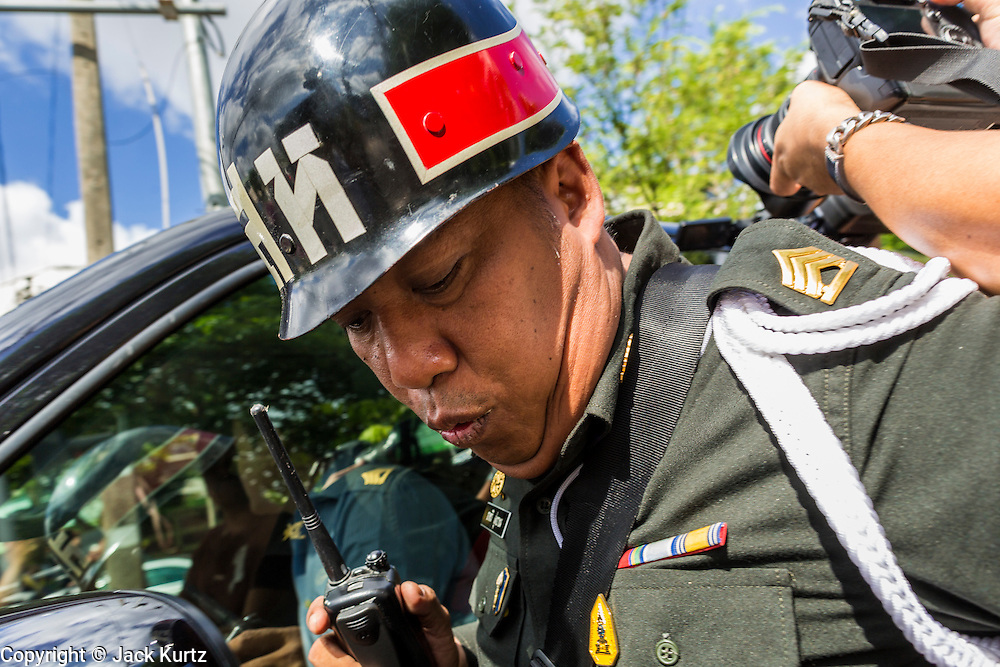