19 DECEMBER 2013 - BANGKOK, THAILAND: A tour boat in front of Wat Arun at the end of the day. Wat Arun Ratchawararam Ratchawaramahawihan or Wat Arun ("Temple of Dawn"), a Buddhist temple (wat) in Bangkok Yai district of Bangkok, on the Thonburi side of the Chao Phraya River. The temple derives its name from the Hindu god Aruna, often personified as the radiations of the rising sun. Wat Arun is among the best known of Thailand's landmarks and the first light of the morning reflects off the surface of the temple with pearly iridescence. Although the temple had existed since at least the seventeenth century, its distinctive Khmer style prang (spires) were built in the early nineteenth century during the reign of King Rama II. PHOTO BY JACK KURTZ 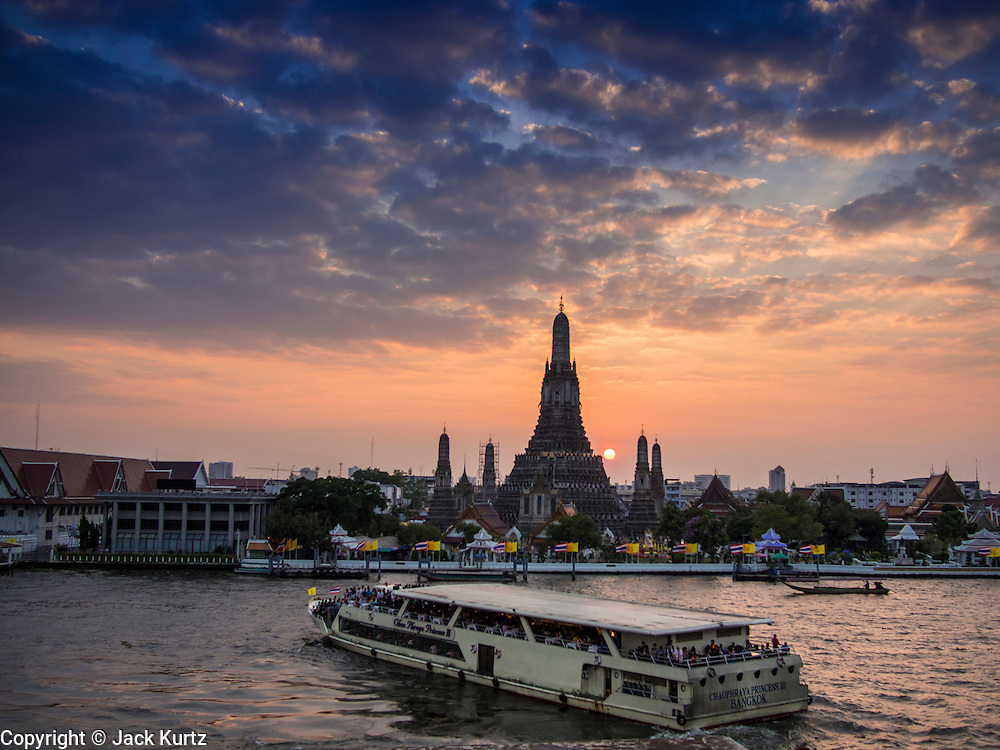