09 AUGUST 2012 - SCOTTSDALE, AZ: Congressmen DAVID SCHWEIKERT (R-AZ), left, and BEN QUAYLE (R-AZ) sit together during a candidate forum at an adult assisted living facility in Scottsdale, AZ, Thursday. Republican Congressmen Ben Quayle and David Schweikert are facing each other in Arizona's Aug. 28 Republican primary. They are vying for the right to represent Arizona's 6th Congressional District. Both men are incumbent freshmen Congressmen. They were thrown into the same district during the redistricting process after the 2010 census. Both men are conservatives courting the Tea Party vote. PHOTO BY JACK KURTZ 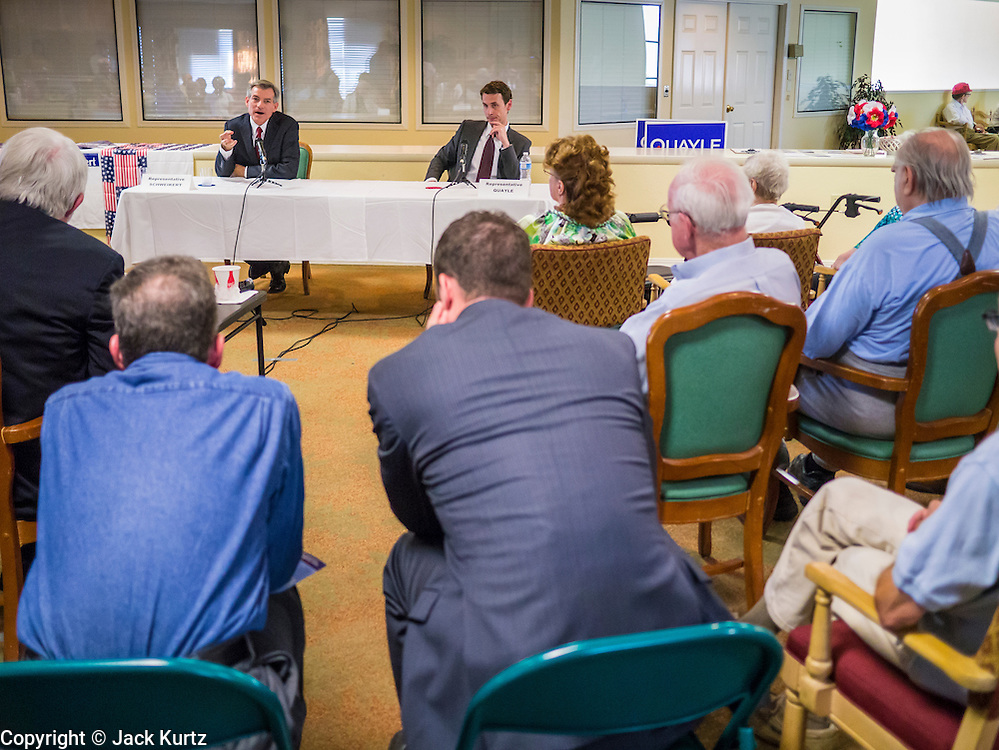