28 MARCH 2014 - NA KHOK, SAMUT SAKHON, THAILAND: A worker in a salt field pushes a wheel barrow of salt past a cooler of iced tea. Thai salt farmers south of Bangkok are experiencing a better than usual year this year because of the drought gripping Thailand. Some salt farmers say they could get an extra month of salt collection out of their fields because it has rained so little through the current dry season. Salt is normally collected from late February through May. Fields are flooded with sea water and salt is collected as the water evaporates. Last year, the salt season was shortened by more than a month because of unseasonable rains. The Thai government has warned farmers and consumers that 2014 may be a record dry year because an expected "El Nino" weather pattern will block rain in mainland Southeast Asia. Salt has traditionally been harvested in tidal basins along the coast southwest of Bangkok but industrial development in the area has reduced the amount of land available for commercial salt production and now salt is mainly harvested in a small parts of Samut Songkhram and Samut Sakhon provinces. PHOTO BY JACK KURTZ 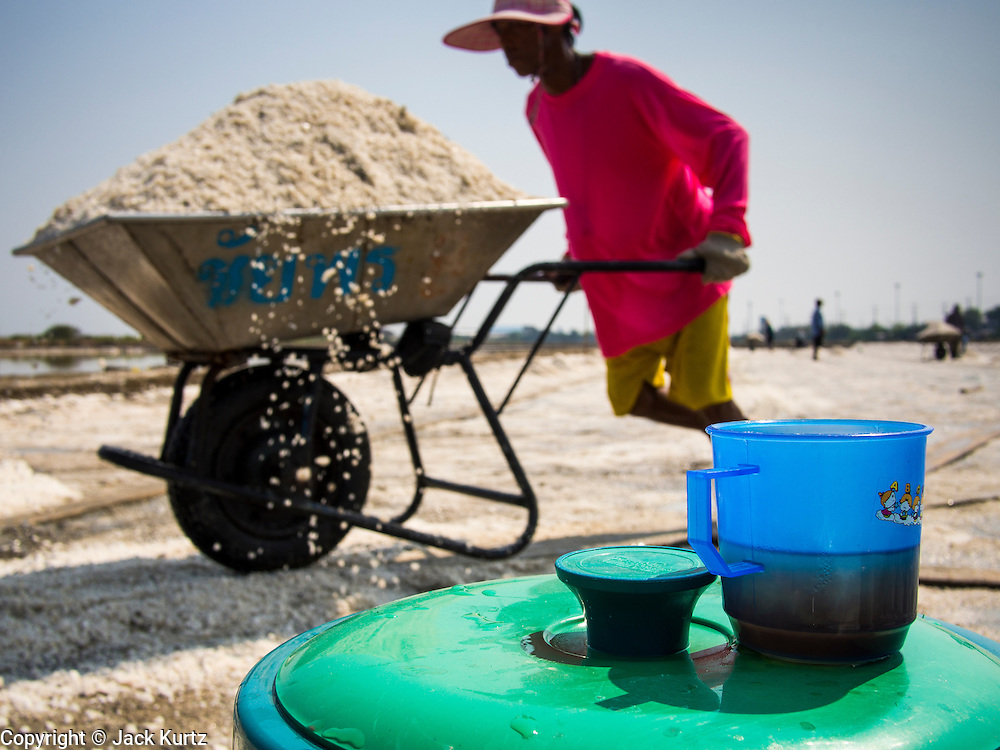