24 MAY 2014 - BANGKOK, THAILAND: Thai riot police form a blocking line on Phahon Yothin Street in Bangkok. The police confronted anti-coup marchers and ordered them to leave the area. The protestors got on the Skytrain and took mass transit to another rallying site. There were several marches in different parts of Bangkok to protest the coup that unseated the popularly elected government. Soldiers and police confronted protestors and made several arrests but most of the protests were peaceful. The military junta also announced that firing of several police commanders and dissolution of the Thai Senate. The junta also changed its name from National Peace and Order Maintaining Council (NPOMC) to the National Council for Peace and Order (NCPO). PHOTO BY JACK KURTZ 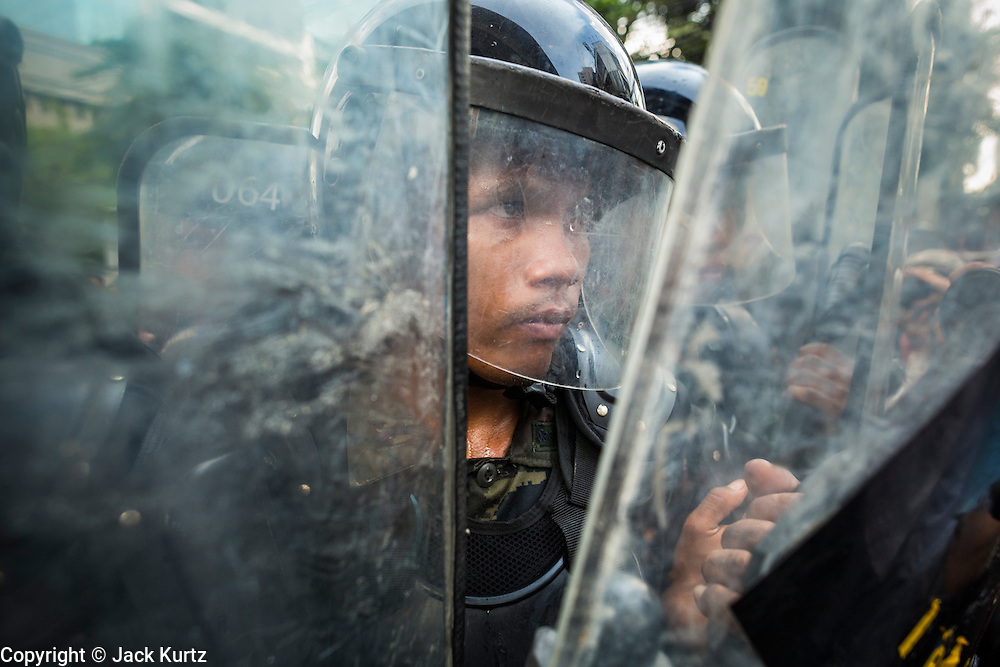