08 APRIL 2012 - HANOI, VIETNAM: People pray in the square in front of St. Joseph Cathedral after Easter Sunday mass in St. Joseph Cathedral in Hanoi, Vietnam. St. Joseph Cathedral in Hanoi is the seat of the Roman Catholic Archdiocese of Hanoi and is one of the most important Catholic churches in Vietnam. It was built in 1886 and is especially crowded on religious holidays, like Easter. The church holds three Easter masses on Easter Sunday morning. There are more than 5.6 million Roman Catholics in Vietnam, nearly 7% of the population. Catholicism came to what is now Vietnam with Portuguese missionaries in the 16th Century, but it wasn't until the arrival of French missionaries and later colonial authorities that Catholicism became a part of Vietnamese religious life. PHOTO BY JACK KURTZ 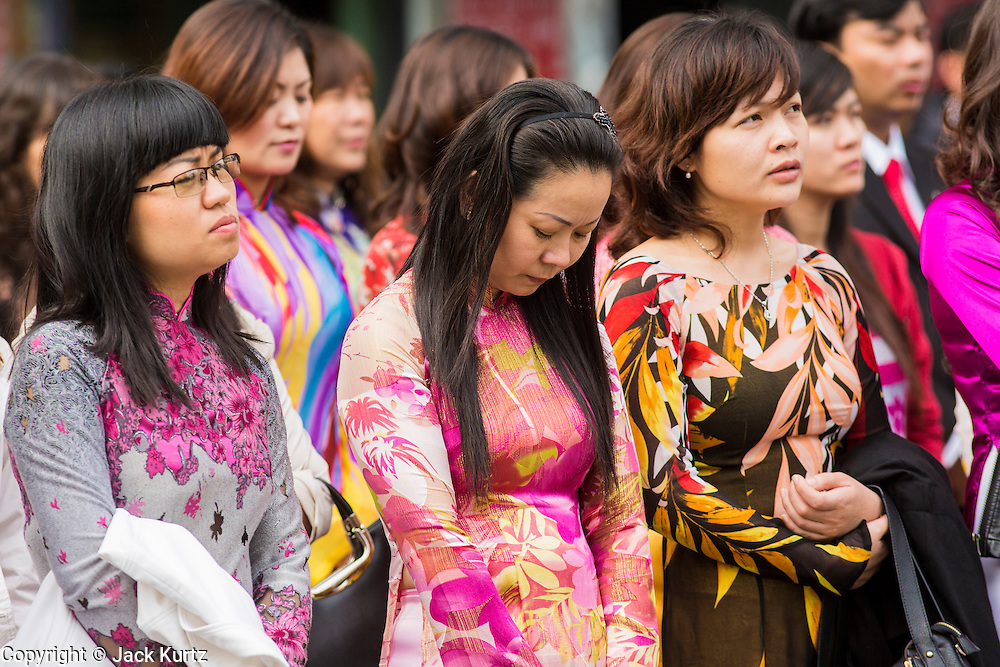