10 JANUARY 2007 - MANAGUA, NICARAGUA: DANIEL ORTEGA, newly inaugurated president of Nicaragua, and his wife, ROSARIO MURILLO, wave to the crowd in Plaza de Fe during his inaugural speech. Ortega, the leader of the Sandanista Front, was sworn in as the President of Nicaragua Wednesday. Ortega and the Sandanistas ruled Nicaragua from their victory of "Tacho" Somoza in 1979 until their defeat by Violetta Chamorro in the 1990 election. Photo by Jack Kurtz 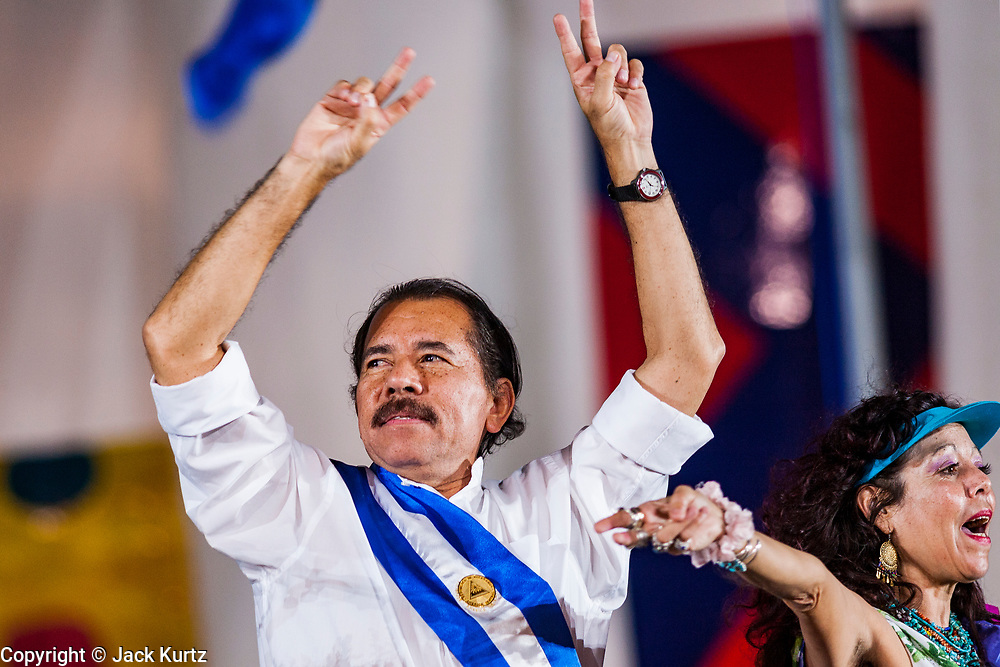