14 MARCH 2105 - SIEM REAP, SIEM REAP, CAMBODIA: A Buddhist lay woman sets up a prayer room in Bayon, one of the temples in Angkor Thom, a part of the Angkor Wat complex. Bayon was built in 12th or 13th century CE. The area known as "Angkor Wat" is a sprawling collection of archeological ruins and temples. The area was developed by ancient Khmer (Cambodian) Kings starting as early as 1150 CE and renovated and expanded around 1180CE by Jayavarman VII. Angkor Wat is now considered the seventh wonder of the world and is Cambodia's most important tourist attraction. PHOTO BY JACK KURTZ 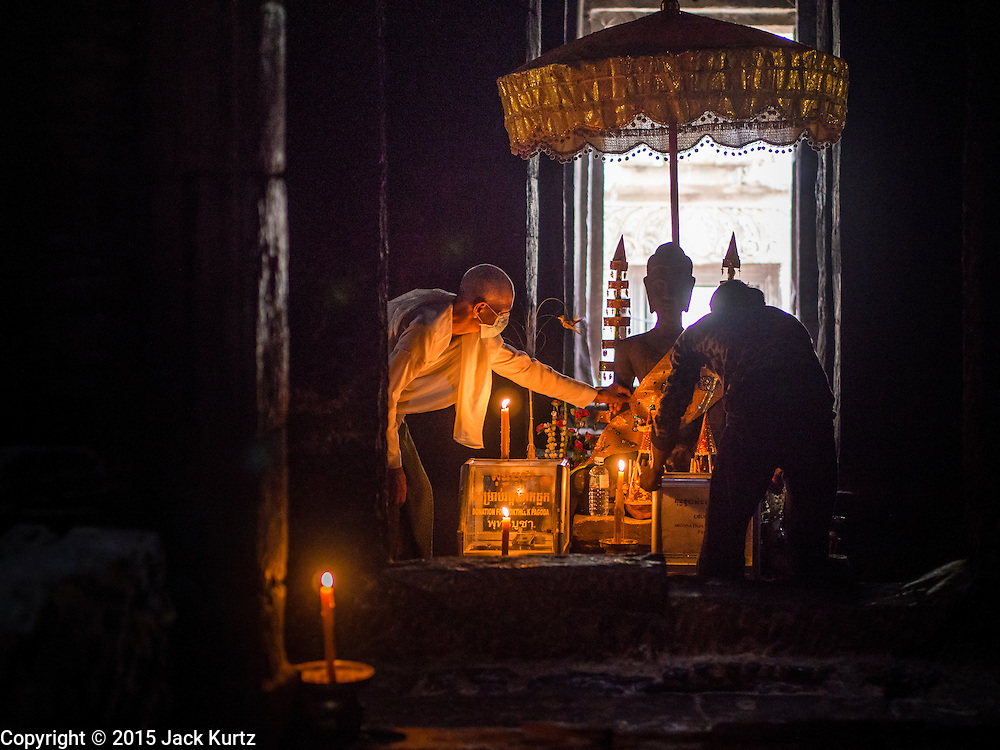