21 FEBRUARY 2013 - BANGKOK, THAILAND: The muezzin recites the call to prayer in Haroon Mosque in Bangkok. Haroon Mosque, originally known as Masjid Ton Samrong, is one of the first mosques in Bangkok and was originally built in the middle of the 19th century. It was established by Musa Bafadel, an Indonesian trader from Pantiyanah, south of Borneo in what is now Indonesia. The mosque is now named after Haroon, Musa Bafadel's son who inherited his father's trade empire. The mosque was originally built of wood, but the wood decayed in Bangkok's climate and is now built of bricks and mortar. The wood was salvaged and used in the construction of the mosque. PHOTO BY JACK KURTZ 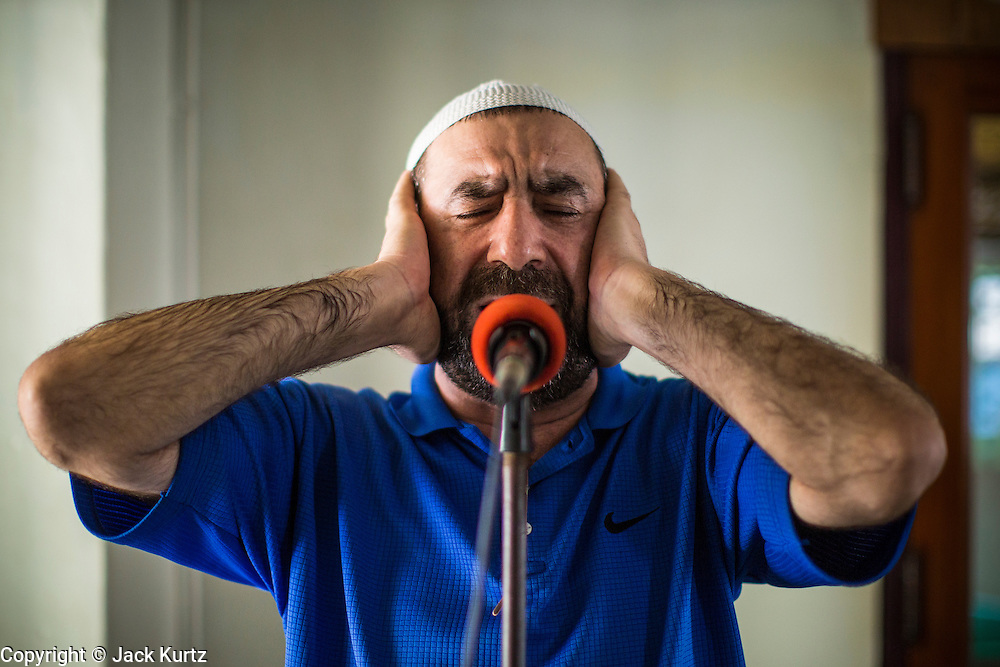