21 FEBRUARY 2014 - KHLONG CHIK, PHRA NAKHON SI AYUTTHAYA, THAILAND: A Thai farmer in front of a portrait of Bhumibol Adulyadej, the King of Thailand, on the highway south of Ayutthaya. About 10,000 Thai rice farmers, traveling in nearly 1,000 tractors and farm vehicles, blocked Highway 32 near Bang Pa In in Phra Nakhon Si Ayutthaya province. The farmers were traveling to the airport in Bangkok to protest against the government because they haven't been paid for rice the government bought from them last year. The farmers turned around and went home after they met with government officials who promised to pay the farmers next week. This is the latest blow to the government of Yingluck Shinawatra which is confronting protests led by anti-government groups, legal challenges from the anti-corruption commission and expanding protests from farmers who haven't been paid for rice the government bought. PHOTO BY JACK KURTZ 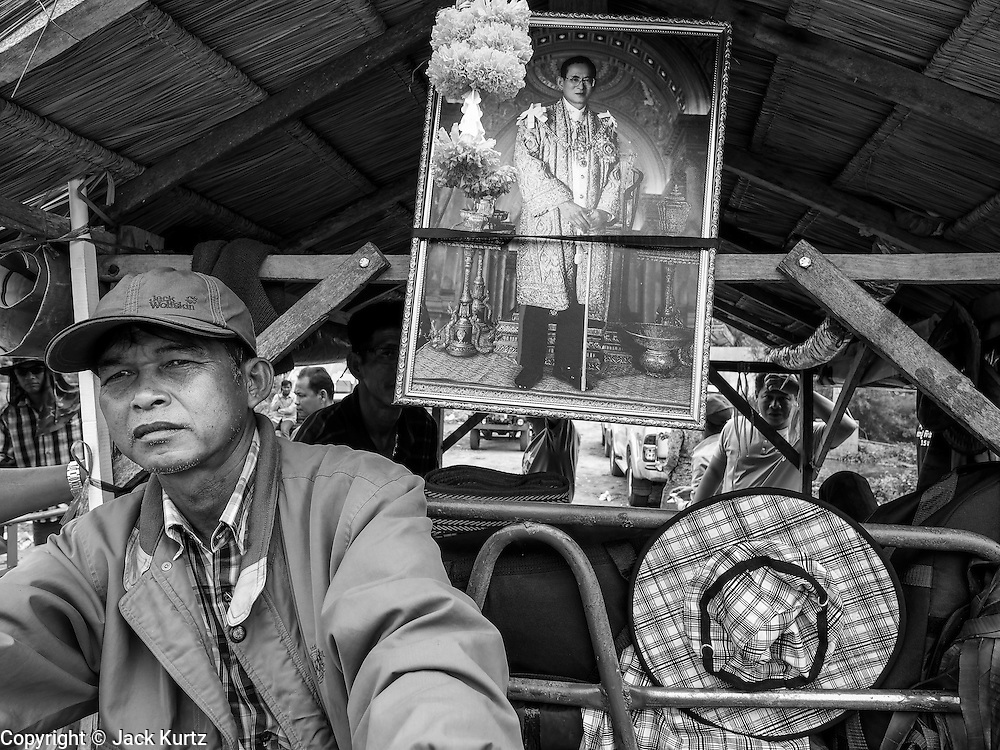