01 FEBRUARY 2020 - BOONE, IOWA: A man walks past a mural supporting President Donald Trump in downtown Boone, IA. Carl McKnight, a Boone realtor and Donald Trump supporter, commissioned the mural, which he calls nothing more than a campaign sign. Some in Boone, a community about 45 miles northwest of Des Moines, are concerned that the mural, which dominates a new park and bandshell in Boone, is not appropriate in a space shared by all people. A Boone city councilperson said people who donated to the fund to build the park have asked for their donations back. McKnight said the mural will stay up until at least election day. PHOTO BY JACK KURTZ 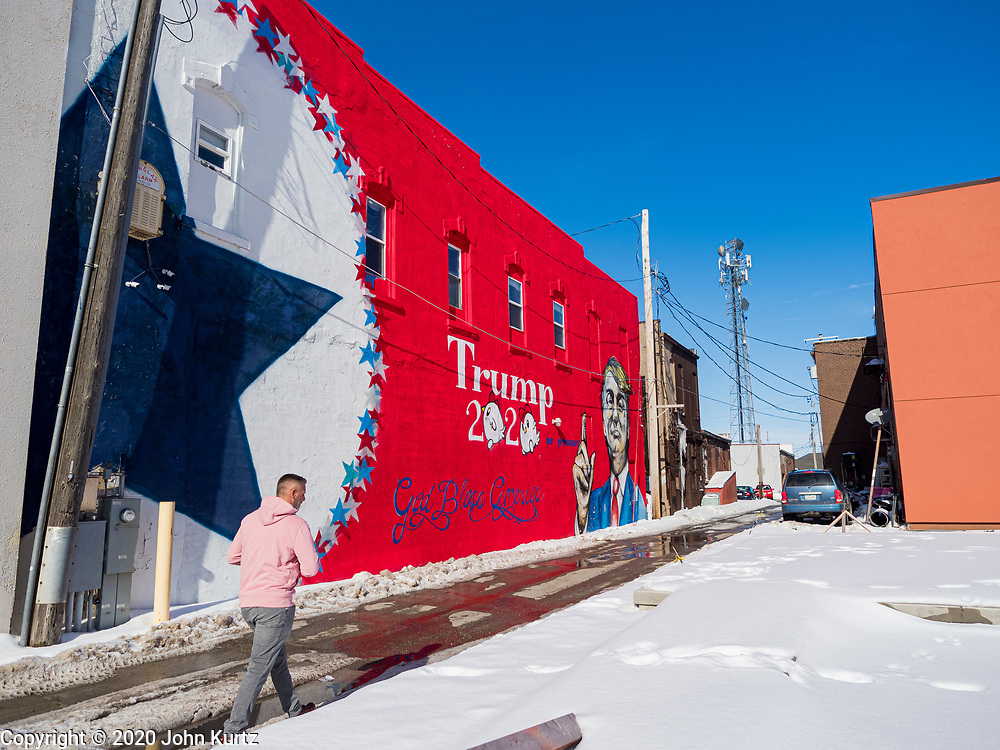