04 SEPTEMBER 2015 - BANGKOK, THAILAND: A man who couldn't get into the shrine Friday morning prays in front of Erawan Shrine during a special rededication ceremony. A "Holy Religious Ceremony for Wellness and Prosperity of our Nation and Thai People" was held Friday morning at Erawan Shrine. The ceremony was to regain confidence of the Thai people and foreign visitors, to preserve Thai religious customs and traditions and to promote peace and happiness inThailand. Repairs to Erawan Shrine were completed Thursday, Sept 3 after the shrine was bombed on August 17. Twenty people were killed in the bombing and more than 100 injured. The statue of the Four Faced Brahma in the shrine was damaged by shrapnel and a building at the shrine was damaged by debris. PHOTO BY JACK KURTZ 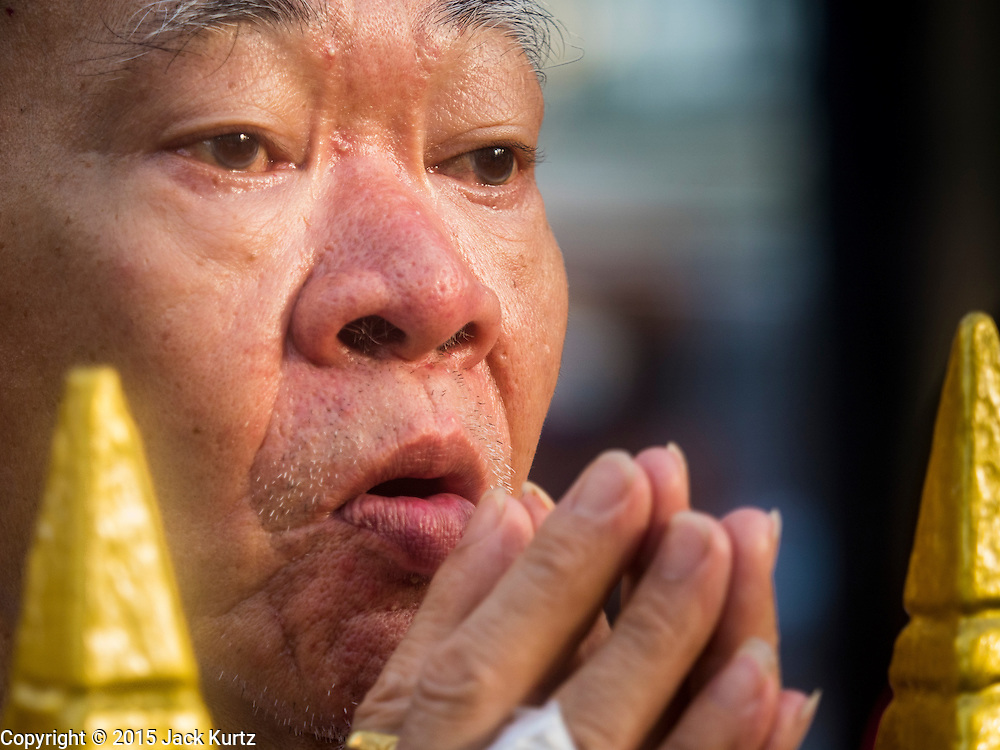