17 MAY 2014 - BANGKOK, THAILAND: THIDA THAVORNSETH, a former chairperson of the United Front for Democracy Against Dictatorship (UDD) talks to reporters at the Red Shirts' rally in Bangkok. Thousands of Thai Red Shirts, members of the United Front for Democracy Against Dictatorship (UDD), members of the ruling Pheu Thai party and supporters of the government of ousted Prime Minister Yingluck Shinawatra are rallying on Aksa Road in the Bangkok suburbs. The government was ousted by a court ruling earlier in the week that deposed Yingluck because the judges said she acted unconstitutionally in a personnel matter early in her administration. Thailand now has no functioning government. Red Shirt leaders said at the rally Saturday that any attempt to impose an unelected government on Thailand could spark a civil war. This is the third consecutive popularly elected UDD supported government ousted by the courts in less than 10 years. PHOTO BY JACK KURTZ 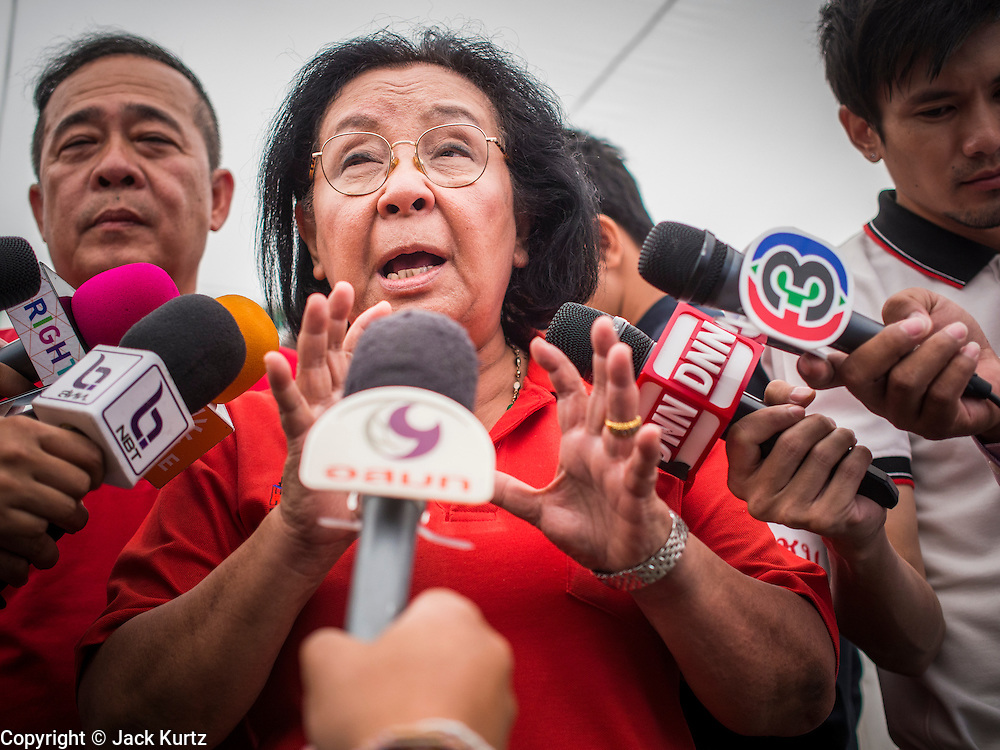